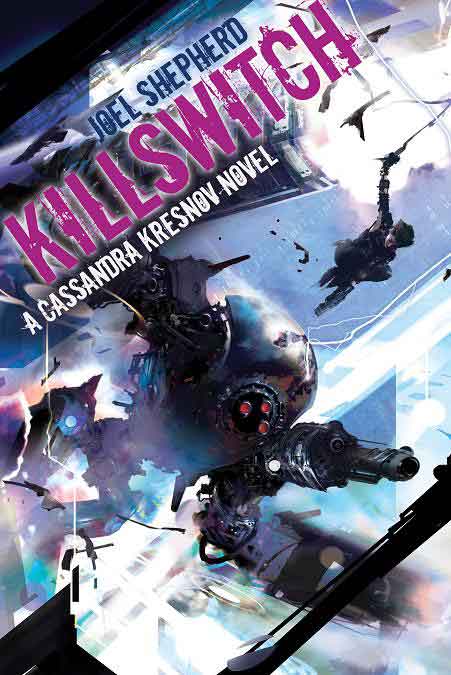 Two years after the unhatching of Callayan President Neiland's plot to make the capital city of Tanusha the center of the Federation, Callay is under siege. So begins the third installment of this gripping trilogy from an exciting new sci-fi author.

A powerful faction of conservative Fleet captains has surrounded Callay, at Earth's behest, and is threatening a blockade – or worse. A fearful Earth does not wish to lose direct control of its precious war machine, and there are fears of civil war.

All that Callay has to oppose the warships of the Fleet is the Callayan Defense Force (CDF) – a newly formed group of raw recruits led by a politically hamstrung general. However, the CDF is largely trained and organized by Major Vanessa Rice and her best friend, Callay's combat-android, Commander Cassandra Kresnov. But when Cassandra's lover, Special Agent Ari Ruben, discovers a plot to kill her using a killswitch, which her old masters in the League built into her brainstem, Sandy is forced to go underground to stay alive.

"This year it already feels like I've read more sci-fi than I did in the whole of last year and this is mostly down to my having had the good fortune of getting stuck into Joel Shepherd's 'Cassandra Kresnov' books. The bottom line is that
I think they're brilliant and incredibly easy to get sucked into, the most fun I've had with sci-fi in a long time….Placing all three books together shows how well the author has done at plotting a story that goes on for longer than one book.
There's a real sense of progression throughout the trilogy and, for the most part, everything is wrapped up neatly in the closing chapters.
There's scope for more adventures here and I'd certainly pick up more 'Kresnov' books if they were ever written….an intelligent and engaging read that will appeal to anyone who likes their sci-fi thoughtful and action packed at the same time.
Highly recommended by me! Nine out of Ten."
—Graeme's Fantasy Book Review

"Amongst the books I've reviewed over the last year or two, I've been enjoying a fair few Pyr releases and endeavour to read all the books coming out from the Prometheus imprint if I can. Top of my list has been the Joel Shepherd Cassandra Kresnov Trilogy which comes to an end with Killswitch.…can't wait to see how this promising new talent does when his next book comes out. Keep both eyes on this entertaining yet thoughtful new writer."
—SFCrowsnest

"Cassandra Kresnov is a compelling addition to the world of science fiction's femmes fatales."
—Marianne de Pierres, author of the Parrish Plessis series

"If hell hath no fury greater than a woman scorned, that's just because it hasn't met Cassandra Kresnov yet. Highly recommended."
—SFRevu.com

"Cassandra [Kresnov] is an experimental design - more intelligent, more creative, and far more dangerous than any that have preceded her. Ready to read all about her? As for myself, I cannot wait to see this made into a movie!"
—Bookviews.com

Joel Shepherd was born in Adelaide, South Australia, in 1974. He has studied Film and Television, International Relations, has interned on Capitol Hill in Washington, and traveled widely in Asia. His first trilogy, the Cassandra Kresnov Series, consists of Crossover, Breakaway and Killswitch.