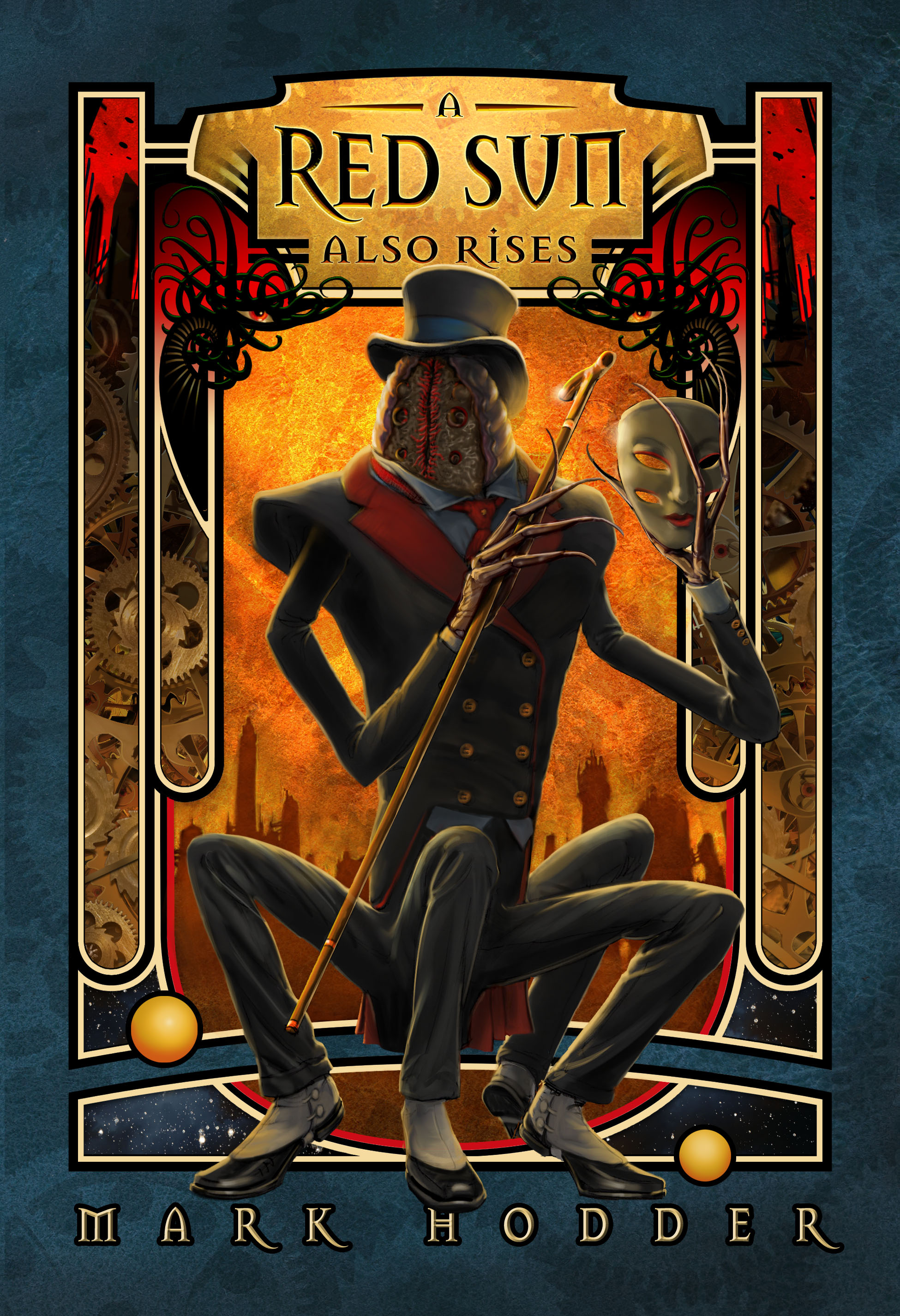 An original adventure from the author of the
Philip K. Dick Award–winning Burton & Swinburne series

A tale of good and evil, where neither is what it seems!

Aiden Fleischer, a bookish priest, finds himself transported to an alien world. With him is Miss Clarissa Stark, a crippled hunchback of exceptional ability, wronged by an aristocrat and cast out from society.

On the planet Ptallaya, under two bright yellow suns, they encounter the Yatsill, a race of enthusiastic mimics who shape their society after impressions picked up from Clarissa's mind. Creating a faux London, the alien creatures enroll Clarissa in their Council of Magicians and Aiden in the City Guard. But why does the peaceful city require guards? After a day that, in earthly terms, has lasted for months, the answer comes, for on this planet without night, a red sun also rises, and brings with it a destructive evil.

The Blood Gods! Hideous creatures, they cause Aiden to confront his own internal darkness while trying to protect his friend and his new home.

With a sharp eye for period detail and a rich imagination, Mark Hodder establishes a weirdly twisted version of Victorian London on a convincingly realized alien world, and employs them to tackle a profound psychological and moral question. A Red Sun Also Rises breaks new ground by combining the sword & planet genre with Victorian steampunk while adding an edgy psychological twist.

"The usual superlatives for really clever fantasy (imaginative, mind-bending, phantasmagorical) aren't nearly big enough for this debut novel. With this one book, Hodder has put himself on the genre map."
—Booklist, starred review

"Hodder, with an encyclopedic grasp of period detail, tellingly brings these disparate, oddly familiar yet eerily different worlds to fecund life. Enthralling, dizzying, and as impressive as they come."
—Kirkus Reviews, starred review

Mark Hodder is the author of the Burton & Swinburne novels The Strange Affair of Spring Heeled Jack, The Curious Case of the Clockwork Man, and Expedition to the Mountains of the Moon. A former BBC writer, editor, journalist, and web producer, Mark left London, England, for Valencia, Spain, to de-stress and write novels. He has a degree in cultural studies and loves British history, good food, cutting-edge gadgets, cult TV, Tom Waits, and a vast assortment of oddities. He's the creator and caretaker of the Blakiana website celebrating Sexton Blake, the most written-about fictional detective in English publishing history.