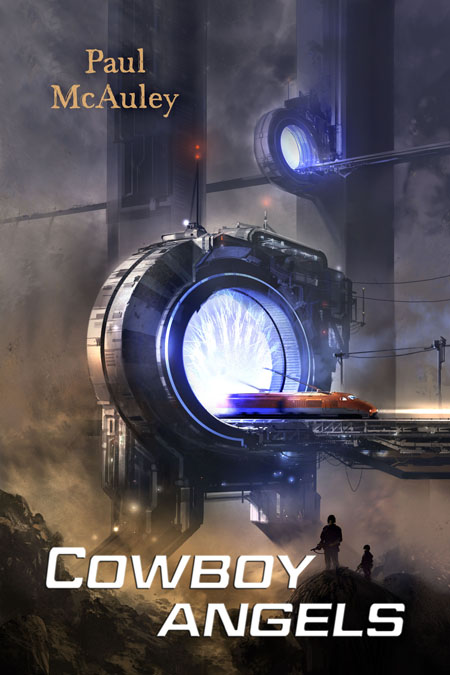 The first Turing gate, a mere hundred nanometers across, is forced open in 1963, at the high-energy physics laboratory in Brookhaven; three years later, the first man to travel to an alternate history takes his momentous step, and an empire is born.

For fifteen years, the version of America that calls itself the Real has used its Turing gate technology to infiltrate a wide variety of alternate Americas, rebuilding those wrecked by nuclear war, fomenting revolutions and waging war to free others from communist or fascist rule, and establishing a Pan-American Alliance. Then a nation exhausted by endless strife elects Jimmy Carter on a reconstruction and reconciliation ticket, the CIA's covert operations are wound down, and the Real begins to wage peace rather than war.

But some people believe that it is the Real's manifest destiny to impose its idea of truth, justice, and the American way in every known alternate history, and they're prepared to do anything to reverse Carter's peacenik doctrine. When Adam Stone, a former CIA field officer, one of the Cowboy Angels who worked covertly in other histories, volunteers for reactivation after an old friend begins a killing spree across alternate histories, his mission uncovers a startling secret about the operation of the Turing gates and leads him into the heart of an audicious conspiracy to change the history of every America in the multiverse—including our own.

Cowboy Angels is a vivid, helter-skelter thriller in which one version of America discovers the true cost of empire building, and one man discovers that an individual really can make a difference.

Praise for The Quiet War:

"... one of the most exciting SF adventures of the year."
—SFF World

"It's a clever book, and McAuley deals with his themes intelligently and with spark. Even just as an entertaining story, this is a captivating read, depicting realistic action, unsettling events, complex characters, and great pacing. A must read." —Dreamwatch Total Sci-Fi

"One of the best SF novels of the year."
—Locus

"Hard-hitting and brutal.... A gripping, page-turning thriller that is also a timely reminder of the dangers of imperialism."
—The Guardian


Paul McAuley's first novel won the Philip K. Dick Award and he has gone on to win almost all of the major awards in the field. For many years a research biologist, he now writes full-time. He lives in London.