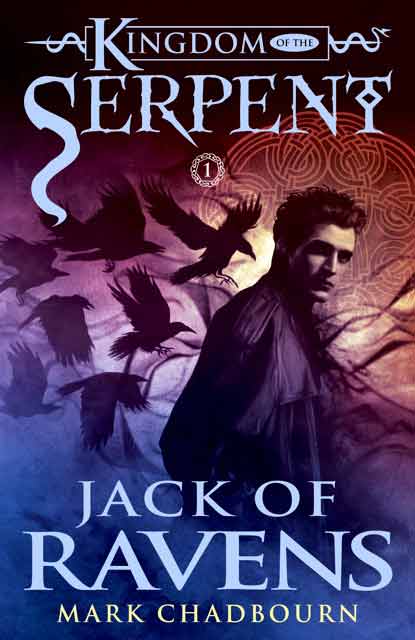 Short-listed for the British Fantasy Award

Jack Churchill, archaeologist and dreamer, walks out of the mist and into Celtic Britain more than two thousand years before he was born, with no knowledge of how he got there. All Jack wants is to get home to his own time where the woman he loves waits for him. Finding his way to the timeless mystical Otherworld, the home of the gods, he plans to while away the days, the years, the millennia, until his own era rolls around again . . . but nothing is ever that simple.

A great Evil waits in modern times and will do all in its power to stop Jack's return. In a universe where time and space are meaningless, its tendrils stretch back through the years . . . Through Roman times, the Elizabethan age, Victoria's reign, the Second World War to the Swinging Sixties, the Evil sets its traps to destroy Jack.

Mark Chadbourn gives us a high adventure of dazzling sword fights, passionate romance and apocalyptic wars in the days leading up to Ragnarok, the End-Times: a breathtaking, surreal vision of twisting realities where nothing is quite what it seems.

Praise for the Kingdom of the Serpent series:

"The first book in the remix of Mark Chadbourn's work offers a more gritty take on a war between good, evil and indifference. Think the spirit of V for Vendetta mixed with Neal Stephenson's historicism and infused by the spirit of Shakespeare's Puck: a featured character certain to invigorate future books."
—Edge

"…an author whose work has redefined the boundaries of dark fantasy. The colossal story has never been less than fascinating, and at times easily rivaled the most riveting, original work of the genre. …Breath-taking, beguiling and very British, I can recommend Destroyer of Worlds and the entire trilogy of trilogies, as books which any serious reader of dark fantasy should have in their collections."
—SF Site

A two-time winner of the British Fantasy Award, Mark Chadbourn is the critically-acclaimed author of eleven novels and one non-fiction book. A former journalist, he is now a screenwriter for BBC television drama. His other jobs have included running an independent record company, managing rock bands, working on a production line, and as an engineer's 'mate'. He lives in a forest in the English Midlands.