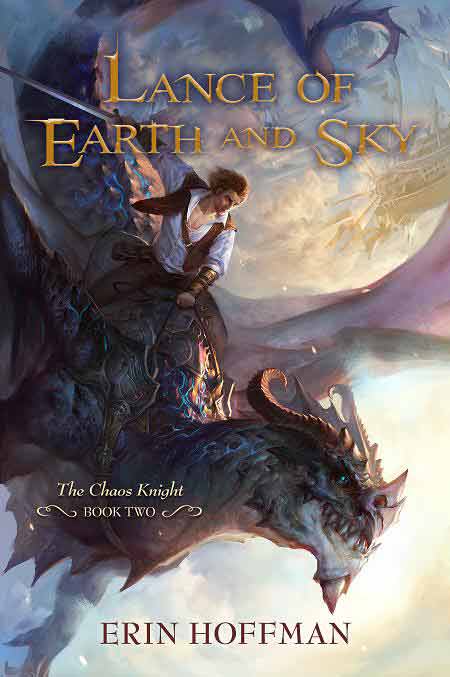 Lance of Earth and Sky

In the sequel to Sword of Fire and Sea, Vidarian Rulorat faces the consequences of opening the gate between worlds. elemental magic is awakening across the planet after centuries of dormancy, bringing with it magically-powered wonders including flying ships and ancient automata; empires leap into war over long disputed territory as their technologies shift; the spirit of his oldest friend, Ruby—killed in the immediate aftermath of the gate's opening—is trapped inside one of the gems used to open the gate; and Ariadel, his one great love, isn't speaking to him. Called into service by the desperate young emperor of Alorea, Vidarian must lead sky ships in a war against the neighboring southern empire, train the demoralized imperial Sky Knights to ride beasts that now shapeshift, master his own amplified elemental magic, and win back Ariadel—all without losing his mind.

Compounding his task is a political minefield laid by the Alorean Import Company, which may or may not be fomenting war across the planet, and a shapeshifter that bonds to Vidarian during his early attempts to subdue the rogue bird-like seridi—a wolf pup that will prove to be the fabled bridge between sky and earth magics, an electricity elemental that takes the shape of a dragon upon maturity: the lance of earth and sky.

Praise for the Series

"If you like hard-hitting fantasy adventure with a lot of magic,
this is your series."
— Piers Anthony

"Sword of Fire and Sea is fantasy adventure in the classic tradition, and Erin Hoffman is a fine storyteller. Read it and be swept away."
— Allen Steele

"A thoroughly enjoyable read, with an intriguing new world and civilization."
—Violette Malan, author of the Dhulyn and Parno books

"A high magic adventure with relentless action, exuberance and occasional over the top scenes that work well here. …A+ and highly recommend to anyone looking for a fun adventure with lots of magic and a little
romance added in the mix."
—Fantasy Book Critic

"An incredibly exciting and compelling read."
—That Bookish Girl

Erin Hoffman is the author of Sword of Fire and Sea. She was born in San Diego, California, and now lives with her husband, two parrots, and a dog in the San Francisco bay area. Her college degree was eclectic and landed her in the strange waters of video game design, where she tells stories using a diabolical combination of character, controller, and math. Her games have been played by over four million kids and adults worldwide, and she is a graduate of the Odyssey Fantasy Writers Workshop.