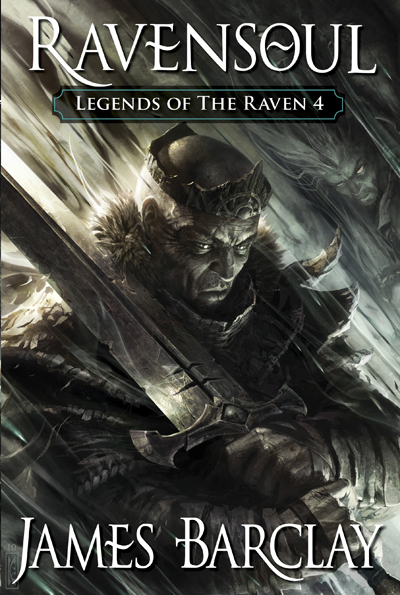 Legends of the Raven 4

The Garonin: dimensional travelers seeking new worlds to rape of the element of magical power. Technologically advanced in weaponry and armor, and facing only swords and magic, they are destroying everything in their path.

Surely this is not a battle The Raven can win, even with allies both elven and dragon. But prevail they must, somehow. One thing we know for sure is that they will not subside meekly into the void.

For aficionados of The Raven, this is the ultimate challenge. It cuts to the very heart —from calls beyond the veil of death, to dissension in their ranks, to the greed of men who cannot see they are about to die, to betrayal by one they loved. But above it all, the heroism and selfless sacrifice displayed will bring tears to the eyes of even the most hardened fantasy reader.

This is The Raven, older, wiser, some returned from the grave. Grieving they seek nothing but rest from conflict, something the world will not grant them. But they remain The Raven, still answering when the call comes, still the force most likely to survive and bring the world with them, and still willing to die so that those they love can live.

"Reading Ravensoul is the literary equivalent of meeting old friends you haven't
seen for a long time, and picking things up as if you've never been away from each other. Fans will love this, though the journey is not easy and events rarely simple, as you should expect from a Barclay novel. There were moments here that made my jaw drop, battles that made me wince and moments that were touchingly emotional.
There are acts of love and sacrifice here, of faith and redemption. If dealing with
death is hard the first time, James here shows you that it can be harder.
The Raven live on. A bittersweet experience, but one well worth it."
—SFFWorld

"Bowling along at a brisk pace, Ravensoul's plot is standard gamer fare with a neat SF twist. It's a tribute to the clarity of Barclay's writing that we never lose track of what's happening. His affection for his characters and empathy for his readers shine through every page. A cleverly crafted meditation on what happens to old heroes. A clever, middle-age enjoyable daydream."
—Death Ray

James Barclay is in his forties and lives in Teddington in the UK with his wife and son. He is a full-time writer.