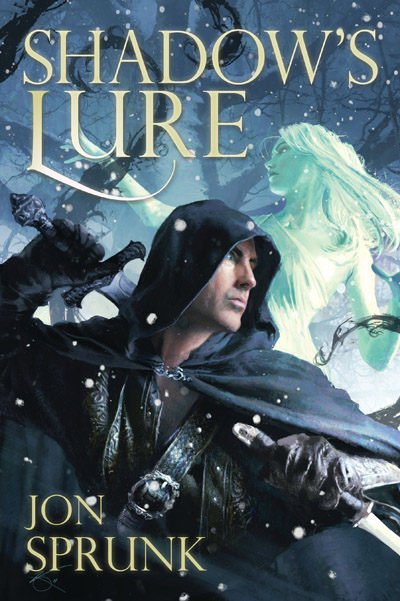 In Othir, he was at the top of the food chain—an assassin beyond compare, a dark shadow in the night. But Caim left that life behind when he helped an empress claim her throne. And now his past has come calling again.

Searching for the truth behind the murder and disappearance of his parents, Caim discovers a land in thrall to the Shadow. Haunted by temptations from the Other Side, he becomes mired in a war he does not want to fight.

But there are some things a son of the Shadow cannot ignore, and some fights from which he can’t run. In this battle, all of Caim’s strength and skill won’t be enough. For none can resist the Shadow’s Lure.

"The intrigue, action scenes, and ever-more-revealing character insights are masterfully woven together in a book the reader won't want to put down.... Overall, a first-rate sword-and-sorcery tale, with intriguing characters, that moves at a fast pace."
—Booklist

“Fans of Brent Weeks and Brandon Sanderson will certainly find plenty to like here."
—The Mad Hatter's Bookshelf & Book Review

"This book IS action. ...The pacing, action, and characters are all well written, and really that is what the focus is on for this novel. ...We'll read his stuff readily, every time. So should you."
—Elitist Book Reviews

"'Sign of the Cross' by Jon Sprunk is a story of an injured crusader who is helped by a Muslim family. It's an interesting take on the legend of St. George, and the characters are engaging and three dimensional."
—Tangent

Jon Sprunk lives in central Pennsylvania with his family. His books have been translated into seven languages in more than nine countries. When not working on his latest novel, he enjoys traveling, collecting medieval weaponry, and
watching pro football (preferably behind a beer and a big plate of hot wings).