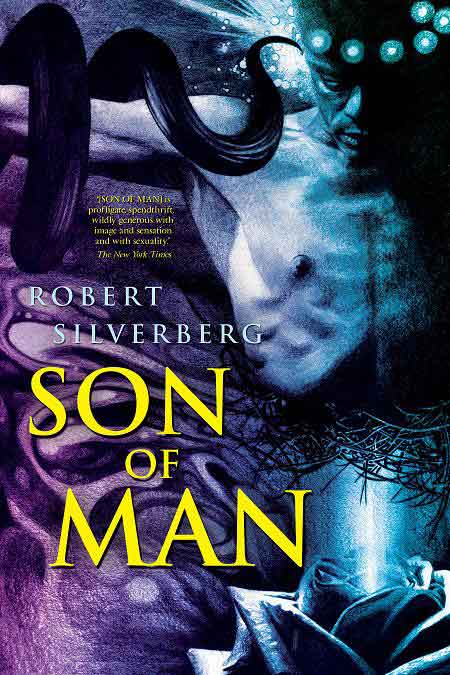 The classic science fiction novel, now back in print 1972 Locus Poll Award nominee, best SF novel IN THE BEGINNING... there was no Brooklyn, no St. Louis, no Shakespeare, no moon, no hunger, no death... IN THE BEGINNING... there were no real men, no real women, nothing but dispassionately passionate ambisexuals of the lowest and highest order... IN THE BEGINNING... the heavens, the seas and the Earth belonged to more intelligent species than a man called Clay could ever have dreamed possible in his own time. But his own time as a man had passed, and now his time as the son of man had come! Clay is a man from the 20th Century who is somehow caught up in a time-flux and transported into a distant future. The earth and the life on it have changed beyond recognition. Even the human race has evolved into many different forms, now coexisting on the planet. The seemingly omnipotent Skimmers, the tyrannosaur-like Eaters, the sedentary Awaiters, the squid-like Breathers, the Interceders, the Destroyers—all of these are “Sons of Man”. Befriended and besexed by the Skimmers, Clay goes on a journey which takes him around the future earth and into the depths of his own soul. He is human, but what does that mean?

“[Son of Man] is profligate, spendthrift, wildly generous with
image and sensation and with sexuality.”
—The New York Times

“A unique mixture of reality and fantasy by one of the great science-fiction writers.... It has the potential to be another Stranger in a Strange Land.”
—Bestsellers

“As an example of New Wave writing, Son of Man is as good an example as can be found, displaying clarity as well as breadth. A fascinating experiment, historically relevant in the history of the genre.”
—St. Louis Post-Dispatch

“Read Son of Man as an exercise in expansion of the ol’ brain cells;
your intellect will love you for it!”
—AstroGuyz.com

Robert Silverberg has been writing science fiction for fifty years. Among his many books are such novels as Dying Inside, Lord Valentine's Castle, The Book Of Skulls, and Nightwings, and he has had more than five hundred short stories published as well. He is a five-time winner of both the Nebula award and the Hugo award. In 2004 he was awarded the Grand Master Nebula of the Science Fiction Writers of America, science fiction's highest honor.