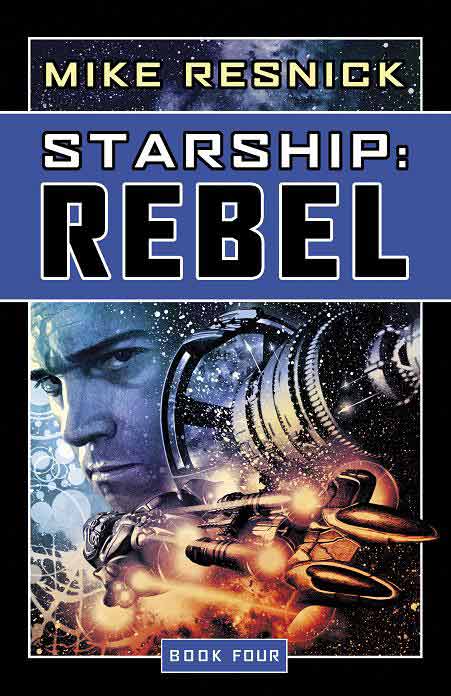 Book Four of the Starship Series

The date is 1968 of the Galactic Era, almost three thousand years from now. The Republic, dominated by the human race, is in the midst of an all-out war with the Teroni Federation. Almost a year has passed since the events of Starship: Mercenary. Captain Wilson Cole now commands a fleet of almost fifty ships, and he has become the single greatest military force on the Inner Frontier. With one exception. The Republic still comes and goes as it pleases, taking what it wants, conscripting men, and extorting taxes, even though the Frontier worlds receive nothing in exchange. And, of course, the government still wants Wilson Cole and the starship Theodore Roosevelt. He has no interest in confronting such an overwhelming force, and constantly steers clear of them. Then an incident occurs that changes everything, and Cole declares war on the Republic. Outnumbered and always outgunned, his fleet is no match for the Republic's millions of military vessels, even after he forges alliances with the warlords he previously hunted down. It's a hopeless cause...but that's just what Wilson Cole and the Teddy R. are best at.

"Fast paced and entertaining….I'm still enjoying this series and am interested to see where Resnick is going to take the Teddy R. and its crew. So the bottom line is this: if you've enjoyed the first two Starship novels, there is no reason not to continue on with the story."
—SFFWorld

Mike Resnick has won an impressive five Hugos and been nominated for twenty-six more. He has sold fifty-eight novels and more than two hundred short stories. He has edited fifty anthologies. His work ranges from satirical fair, such as his Lucifer Jones adventures, to weighty examinations of morality and culture, as evidenced by his brilliant tales of Kirinyaga. The series, with sixty-seven major and minor awards and nominations to date, is the most honored series of stories in the history of science fiction. Visit Mike Resnick online at www.mikeresnick.com. See also Starship: Mutiny (Book One of the Starship Series), Starship: Pirate (Book Two of the Starship Series), Starship: Mercenary (Book Three of the Starship Series), New Dreams for Old, Ivory, Stalking the Unicorn, Stalking the Vampire, and Stalking the Dragon.
Photograph: © Carol Resnick