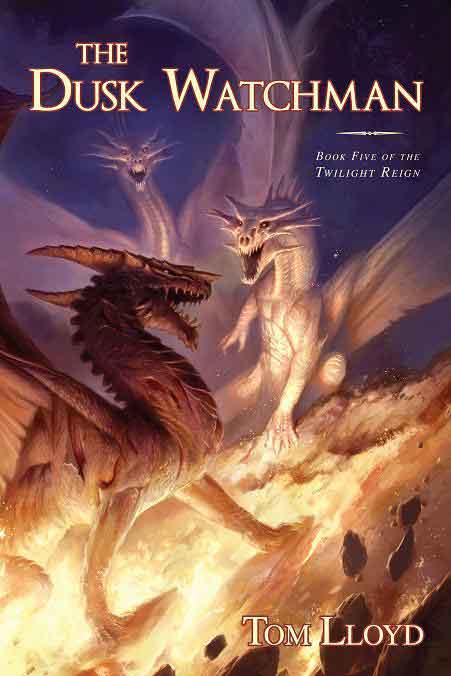 Book Five of the Twilight Reign

The end of the successful fantasy epic

The final reckoning has come. The future of the Land will be decided now, written in the blood of men. After his pyrrhic victory at Moorview, King Emin learns the truth about the child Ruhen. Powerless to act, he must mourn his friends and watch his enemy promise a new age of peace to the beleaguered peoples of the Land. While the remaining Menin troops seek revenge, daemons freely walk the Land, and Ruhen’s power grows, a glimmer of hope remains. One final, desperate chance for victory remains and failure has become unimaginable. The fanatical rulers of Vanach hide a secret at the heart of their nation; a weapon so terrible only a dead man could wield it and only a madman would try, but without it Narkang will be obliterated. The past year has taken a grave toll and Ruhen’s millennia-old plans are about to bear terrible fruit. There can be only one outcome if he continues unchecked: total dominion over the Gods themselves.

"[A] series that defines what good fantasy is all about.”
—Total Sci-Fi Online

“Lloyd’s Twilight Reign contains all the things we feel are lacking in the Wheel of Time. Danger. Death. Consequences. . . . If you aren’t reading this series, you are doing yourself an immense disservice.”
—Elitist Book Reviews Reviews

“Powerful storytelling complements a large cast of characters
and a complex narrative that touches on everything from romance to
high drama to fast-paced war scenes.”
—Library Journal

Tom Lloyd (Oxford, UK) is the author of five other novels in the Twilight Reign series: The Stormcaller (Book One), The Twilight Herald (Book Two), The Grave Thief (Book Three), The Ragged Man (Book Four) and The Dusk Watchman (Book Five). He was born in 1979 and spent most of his childhood believing his mother was a witch—a white witch. He followed his degree in politics and international relations with a series of jobs in publishing, and currently works for an independent publisher in London.

Visit him online at http://www.tomlloyd.co.uk.