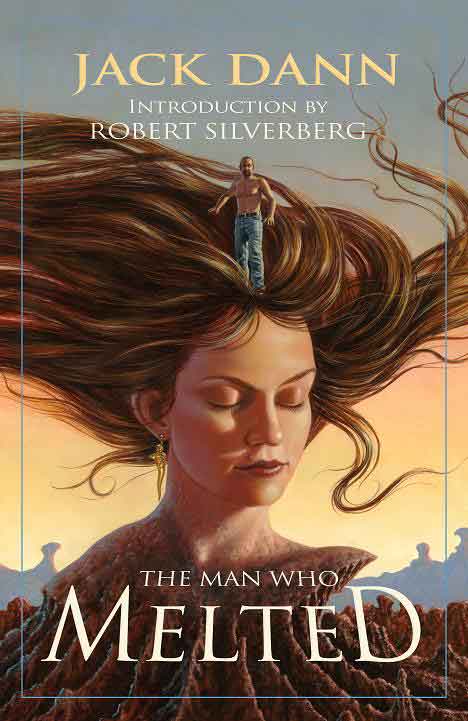 The Man Who Melted

The Man Who Melted is a warning for the future. It is the Brave New World and 1984 for our time, for it gives us a glimpse into our own future — a future ruled by corporations that control deadly and powerful forms of mass manipulation. It is a prediction of what could happen...tomorrow. The Man Who Melted examines how technology affects us and changes our morality, and it questions how we might remain human in an inhuman world. Will the future disenfranchise or empower the individual? Here you'll find new forms of sexuality, new perversions, new epiphanies, and an entirely new form of consciousness.

Would you pay to "go down" with the Titanic?

In this dystopia the Titanic is brought back from the bottom of the sea and refurbished, only to be sunk again for those who want the ultimate decadent experience. Some passengers pay to commit suicide by "going under" with the ship.

The Man Who Melted has been called "one of the greatest science fiction novels of all time" by Science Fiction Age and is considered a genre classic. It is the stunning odyssey of a man searching through the glittering, apocalyptic landscape of the next century for a woman lost to him in a worldwide outbreak of telepathic fear. Here is a terrifying future where people can gamble away their hearts (and other organs) and telepathically taste the last flickering thoughts of the dead.

"A surreal and very dream-like late entry in the New Wave's exploration-of-the-mind….Dann is best known in the genre as an anthologist and editor. I have noticed in the past that those editors who do decide to write stories usually wind up writing deeply moving, dreamlike pieces that literally flow with rich language and deep meaning, and Dann is no exception….Virtually every single image that the author drew in this book, where the connection is not direct, is symbolic in some meaningful way of one of his themes….Dann tells his story fully, with nothing extra or omitted….the settings are marvelous, the characters are rich, have personal flaws and contradictory personalities and change as they learn, and the plot is interesting. My advice is to seek this one out, and since it was recently reprinted by Pyr, it should be easy enough to find…Four out of five stars."
—Omphalos' Book Reviews

"A brilliant investigation into shared memory, relationships, and identity....Dan's prose is evocative...[and] Pyr has done a worthy thing in bringing this book back into print....
The Man Who Melted has languished under-read for too long. May it now get a
host of fresh readers."
—PopMatters.com

"One of those neglected books that nevertheless contain a great deal to interest the intelligent reader."
—Fix-Ups blog

"On my personal list of the greatest SF novels of all time ... a beautiful, terrifying cri du mort for humanity and an absolutely unforgettable book."
—Elizabeth Hand

"A powerful and fascinating book, a dance of Life and Death in the streets of a swaying Pompeii. Written with grace, subtlety and intense character insight, it is almost hypnotic in the hold it takes upon the reader. I recommend it highly." —Roger Zelazny

"Stunning; a dreamlike sinking odyssey of love and redemption that takes the reader through progressive levels of revelation and leaves him at last — as any fundamental work of art must — confronting, almost unbearably, himself.... As apparatus and vision this novel is climatic."
—Barry N. Malzberg

"One of the most unusual sf books I've read; a metaphysical epic of great power. It's pointless to think of comparisons with other writers — in baroque imagination think Bester, in metaphysical speculation think Dick — because Dann's vividness is all his own. The Man Who Melted ranges from the dark energy of cyberpunk and the darker energy of French fin de siecle decadence. It's a living lesson in what sf does so brilliantly: a frighteningly well-imagined future, a whole series of imagined ideologies, vices and virtues, and, just as we were getting comfortable, a leap beyond all this to its characters' personal hearts of darkness: obsession, sex, death and identity."
—Andy Sawyer, Science Fiction Librarian
Special Collections and Archives, University of Liverpool Library

Jack Dann is a multiple-award-winning author who has written or edited over seventy books, including the international bestseller The Memory Cathedral; The Silent, a novel of the Civil War; The Rebel: An Imagined Life of James Dean; and a number of short story collections. Dann lives in Australia on a farm overlooking the sea and "commutes" back and forth to Los Angeles and New York.