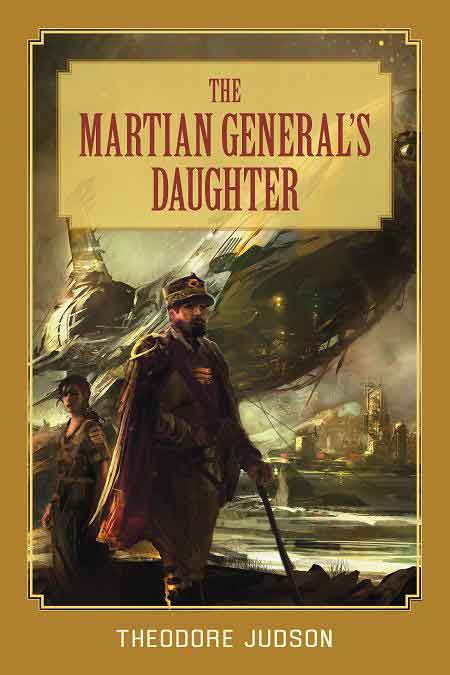 Welcome to the End of Empire.

Set over two hundred years from now, in a world very much like Imperial Rome, this is the story of General Peter Black, the last decent man, as told through the eyes of his devoted (and illegitimate) daughter, Justa.

Raised on battlefields, more comfortable in the company of hard men of war than with women or other children, Justa must keep the truth of her birth hidden. Her father regards her as an embarrassment, a reminder of his one and only indiscretion. Yet she is a remarkable woman, one whose keen mind wins her an education at the feet of Emperor Mathias the Glistening himself.

All his life, General Black served the noble emperor, and, out of loyalty to the father, continues to serve his son after Mathias's death, even as the son's reign degenerates into an insane tyranny worthy of Nero or Caligula. As the rule of the empire passes from father to son with disastrous results, a strange metal plague begins slowly destroying the empire's technology, plunging the realm into chaos and the world into war. Amid the destruction and upheaval, General Black must decide whether to turn his back on the men and institutions who never loved him nearly as much as he did them, or whether to save his most trusted ally and adviser, his best friend and only real family.

The Martian General's Daughter is a gripping tale of a world at war; of cunning strategies and vile politics; of bravery, foolishness, and excess. It is at once a stirring military adventure, a cautionary tale of repeating history, a cutting satire, and a heartbreaking examination of the joys and pain inherent in the love between a father and child. Judson's previous novel was selected in multiple best-of-the-year lists. With The Martian General's Daughter, he offers another must-read epic destined to take its place in the canon of science fiction, and sure to appeal to readers of everything from Orson Scott Card to Walter M. Miller, Jr.

"What Judson has accomplished here is so much more than a simple Bat-Durston camouflage of ancient history. His future is so odd and skewed that his tale more resembles a work by Gene Wolfe or the unjustly forgotten Mark Geston….what really carries this book to a higher plateau is the character and voice of Justa. Wise, clear-eyed, loving and forgiving of her addled father's failings, appalled by injustice, drily humorous, canny, merciless at times for survival's sake, she is one of the best characters in the SF of the last several years. The way her dual narratives converge on her real-time moment—and then zoom 30 years ahead—is brilliant…A"
—Sci Fi Weekly

"A rare beast appeared in my mailbox last month: one of those books so astonishingly good that it made me run out and buy everything else its author ever wrote....Judson's prior work has sparked comparisons to Heinlein and Asimov—and here he turns Asimov's famous advice about "cribbin' from Gibbon" into an unnerving little gem of a book that explores the intersection between science fiction, history, and metahistory….Judson's retelling of the old tale is quietly riveting, and his image of a decaying post-galactic aristocracy lamenting the loss of email and central air conditioning is priceless....sf of the very highest quality."
—The Magazine of Fantasy & Science Fiction

"It is an impressive addition to Pyr's list and, like many another title, bodes well for their future output."
—Science Fact and Fiction Concatenation

"The brevity and writing of Judson's work have effectively conveyed the drama and ideas without the overwriting one commonly sees in the two genres of SF and fantasy."
—The Garden of Forking Paths (http://shyuechou.blogspot.com/2008/08/multitudes.html)

"Famine! War! Plagues to both man and metal! A virulent and insane Emperor who fancies himself the human incarnation of Hercules! These are a few of my favorite things when it comes to close-future science fiction military novels."
—Paste Magazine

"This book can be read as the retelling of history, a cautionary tale of the future and past, or a subtle yet biting satire on our own America. In that Judson certainly succeeds without browbeating that can be so common…a thoroughly enjoyable book."
—NethSpace.blogspot.com

"A good read….The 'ancient Roman' influence is there for all to see (the culture and certain historical parallels), but Judson doesn't let that stop him from embellishing the world with his own little touches that brought a smile to my face but didn't detract from the tale itself….As a character study…[it] is a compelling read….A tough book to get into but worth sticking with for the long run as it's ultimately rewarding….Seven and a Half out of Ten."
—Graeme's Fantasy Book Review

"Despite its pulpish title, this erudite and intriguing novel is more in the tradition of Robert Graves than Edgar Rice Burroughs. By the 23rd century, when a nanotech plague has crippled the world's hardware, much of the northern hemisphere is under the mostly capable and benevolent control of the U.S.-descended Pan-Polarian Empire. But Emperor Mathias the Glistening is dead, and the empire is in the hands of his increasingly psychotic son, Luke Anthony. The balance of power is controlled by Gen. Peter Black, a former sergeant who rose from the ranks to lead the imperial armies. Judson (Fitzpatrick's War) chronicles the last glories of the empire as viewed by Black's illegitimate daughter, whose own rise from unwanted embarrassment to valued adviser and aide parallels her father's career. The story might be familiar to today's readers from the film Gladiator, but the parallels it draws between Roman and American cultures are both perceptive and disquieting."
—Publishers Weekly

"The Pan-Polarian empire is like Rome with some contemporary flavor and futuristic technology. Judson's handling of the fall of empire is most remarkable, given the slimness of the volume, and in Justa he forges a character compelling enough to keep readers from getting lost in the detail."
—Booklist

"A more cerebral sci-fi that follows the corruption that comes with absolute power and one man's attempt to live through it on his own terms."
—MonstersandCritics.com

"A witty, learned, amusing and sometimes moving retelling of ancient truths which I read at one gulp."
—S.M. Stirling, author of The Sunrise Lands and In the Halls of the Crimson Kings

"If Suetonius had written Golden-Age SF it might have read something like this excellent novel.... Judson's empire … is the most detailed, compelling and believable rendering of the way actual empires work since Gibbon's Decline and Fall. The novel is also a wonderfully judged character study, a highly readable narrative, often witty, sometimes cruel.… but best of all is the narrator, the general's daughter herself—a diffident and modest individual who is nonetheless vividly and marvellously alive, strong and likeable. I enjoyed all of it enormously, and read it pretty much in one go."
—Adam Roberts, author of Gradisil and Splinter

Theodore Judson is the author of Fitzpatrick's War, which was described by Publishers Weekly in a starred review as "a spectacular first foray into speculative fiction" and was selected as one of the seven best debuts of 2004.