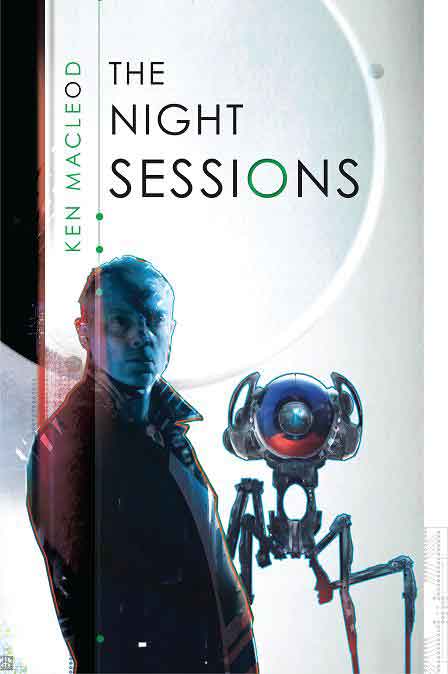 A bishop is dead. As Detective Inspector Adam Ferguson picks through the rubble of the tiny church, he discovers that it was deliberately bombed. That it's a terrorist act is soon beyond doubt. It's been a long time since anyone saw anything like this. Terrorism is history.

After the Middle East wars and the rising sea levels, after Armageddon and the Flood, came the Great Rejection. The first Enlightenment separated church from state. The Second Enlightenment has separated religion from politics. In this enlightened age there's no persecution, but the millions who still believe and worship are a marginal and mistrusted minority. Now someone is killing them.

At first, suspicion falls on atheists more militant than the secular authorities. But when the target list expands to include the godless, it becomes evident that something very old has risen from the ashes. Old and very, very dangerous. . .

"As ever, MacLeod's depiction of the near future is achieved through solid characterisation and brilliant detail. His forte is the depiction of how belief system
can corrupt, and The Night Sessions is a stunning indictment of
undamentalism of all kinds."
—The Guardian

"Intelligent, entertaining and knowledgeable, this is everything you might expect or hope for from a Ken MacLeod SF novel. Perhaps slightly more SF than The Execution Channel, though not that much more, it does make an interesting counterpoint with Charles Stross' Halting State, which has similar elements in a near-future setting. Of the two, although I liked Halting State a lot, I preferred this."
—SFF World

"In Hollywood terms, it's high concept: in a world where religion is banned, what happens when robots find God? …The Night Sessions is a fast, entertaining read with some challenging ideas behind it. … if The Night Sessions' conclusion is not quite as audacious as that of the previous novel, it is nevertheless strikingly brutal and brave, a welcome sign of a novelist willing to follow through the implications of his set-up."
—Strange Horizons

Ken MacLeod was born in Stornoway, Isle of Lewis, Scotland, on August 2, 1954. He is married with two grown-up children and lives in West Lothian. He has an honors and a master's degree in biological subjects and worked for some years in the IT industry. Since 1997 he has been a full-time writer, and in 2009 was Writer in Residence at the ESRC Genomics Policy and Research Forum at Edinburgh University. He is the author of twelve novels, from The Star Fraction (1995) to The Restoration Game (2010), and many articles and short stories. His novels have received two BSFA Awards and three Prometheus Awards, and several have been short-listed for the Arthur C. Clarke and Hugo Awards.