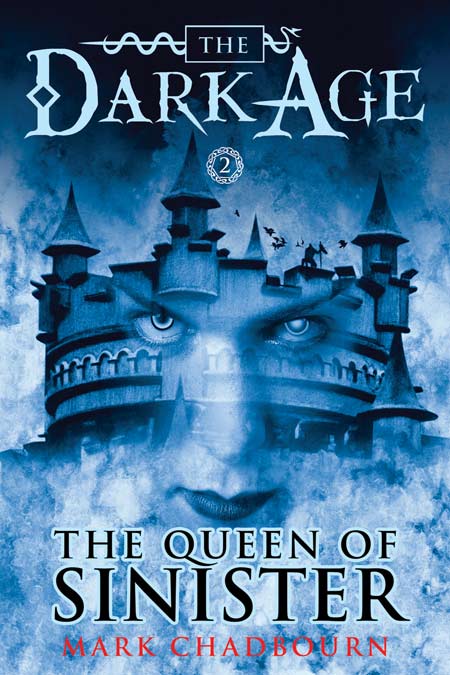 The Queen of Sinister

After the Age of Misrule comes the Dark Age!

A new Dark Age has falled across Britain. With the sudden return of magic, our modern, technological society has crumbled. Cities lie in ruins, communications are limited. Gods and monsters walk the land. In this new time, myth and legend has become realtity; nothing is quite as it seems.

The plague came without warning. Nothing could stop its progress: not medicines, not prayer. The first sign of the disease is black spots at the base of the fingers; an agonizing death quickly follows. But this is no ordinary disease....

Caitlin Shepherd, a lowly GP, is allowed to cross the veil into the mystical Celtic Otherworld in search of a cure; her search takes her on a quest to the end of a land of dreams and nightmares to petition the gods. Caitlin is humanity's last hope, but she carries a terrible burden: a consciousness shattered into five distinct personalities ... and one of them may not be human. The Queen of Sinister is the latest installment in Mark Chadbourn's brilliant new sequence: exciting, evocative, terrifying, and awe inspiring.

Praise for The Dark Age series

"The sense of magic and wonder is back, thanks to an interesting, ensemble cast, up to their necks in an inventive, never less than entertaining plot. Elements weave and interweave, providing a fast-paced adventure both in and out of this world."
—SF Site

A two-time winner of the British Fantasy Award, Mark Chadbourn is the critically acclaimed author of eleven novels and one nonfiction book. A former journalist, he is now a screenwriter for BBC television drama. His other jobs have included running an independent record company, managing rock bands, working on a production line, and as an engineer's "mate." He lives in a forest in the English Midlands.