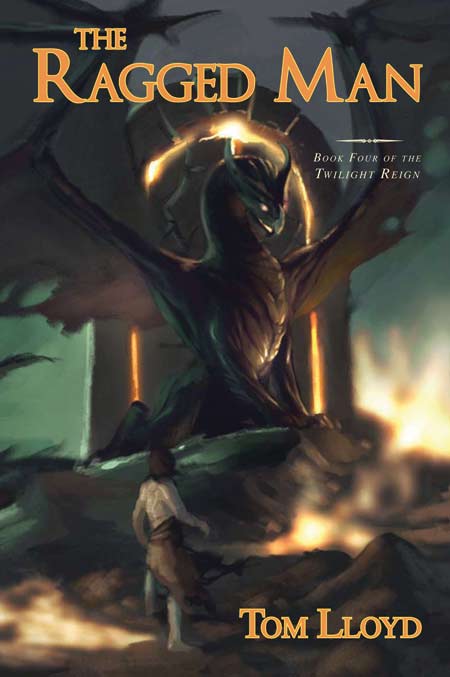 Book Four of the Twilight Reign

Lord Isak is dead; his armies and entire tribe in disarray. As the Farlan retreat and Kastan Styrax mourns his dead son, it is King Emin who takes the initiative while he still can. The secret, savage war he has devoted his life to nears its terrible conclusion as Ruhen positions himself as answer to the Land's problems. Before the conquering eye of the Menin turns in his direction Emin must take his chance and strike without mercy.

A showdown is coming and battle lines are drawn as blood is spilled across the Land. The specter of the Great War looms but this time the Gods are not marching to war. It will be men who decide the future now. But before victory, before survival, there must first be salvation—even if it must be sought in the darkest place imaginable.

With the tide turning against Emin and his allies the key to their survival may lie in the hands of a dead man.

"Powerful storytelling complements a large cast of characters and a complex
narrative that touches on everything from romance to
high drama to fast-paced war scenes."
—Library Journal

Praise for the Twilight Reign series

"With The Stormcaller Tom Lloyd brings hope for the future of fantasy literature."
—Dreamwatch

"Tom Lloyd is a figure to watch for fantasy fans."
—Bookspot Central

"From the outset, the Twilight Reign series has demonstrated a depth of involvement and a sense of epic scale ... always fascinating as events unfold, gradually, around a large cast of characters whose rich personalities blend with the diverse cultural backgrounds the author has created.
It's obvious Lloyd has a vision of exactly where his power-hungry gods
and kings are going, and it's proving to be an extraordinary journey."
—SFX

"Let it sweep you up—or tiptoe through it, trying not to get drowned—and it offers rich rewards. Relish the reflections on everything from politics to feminist societies, lost gods, and manipulation of the supernatural. You may come to look at superheroes, elves, and perhaps dragons in an entirely new light."
—Locus

"It gallops along with scarcely a dull moment."
—Times (London)

Tom Lloyd (Oxford, UK) is the author of five other novels in the Twilight Reign series: The Stormcaller (Book One), The Twilight Herald (Book Two), The Grave Thief (Book Three), The Ragged Man (Book Four) and The Dusk Watchman (Book Five). He was born in 1979 and spent most of his childhood believing his mother was a witch—a white witch. He followed his degree in politics and international relations with a series of jobs in publishing, and currently works for an independent publisher in London.

Visit him online at https://www.tomlloyd.co.uk.