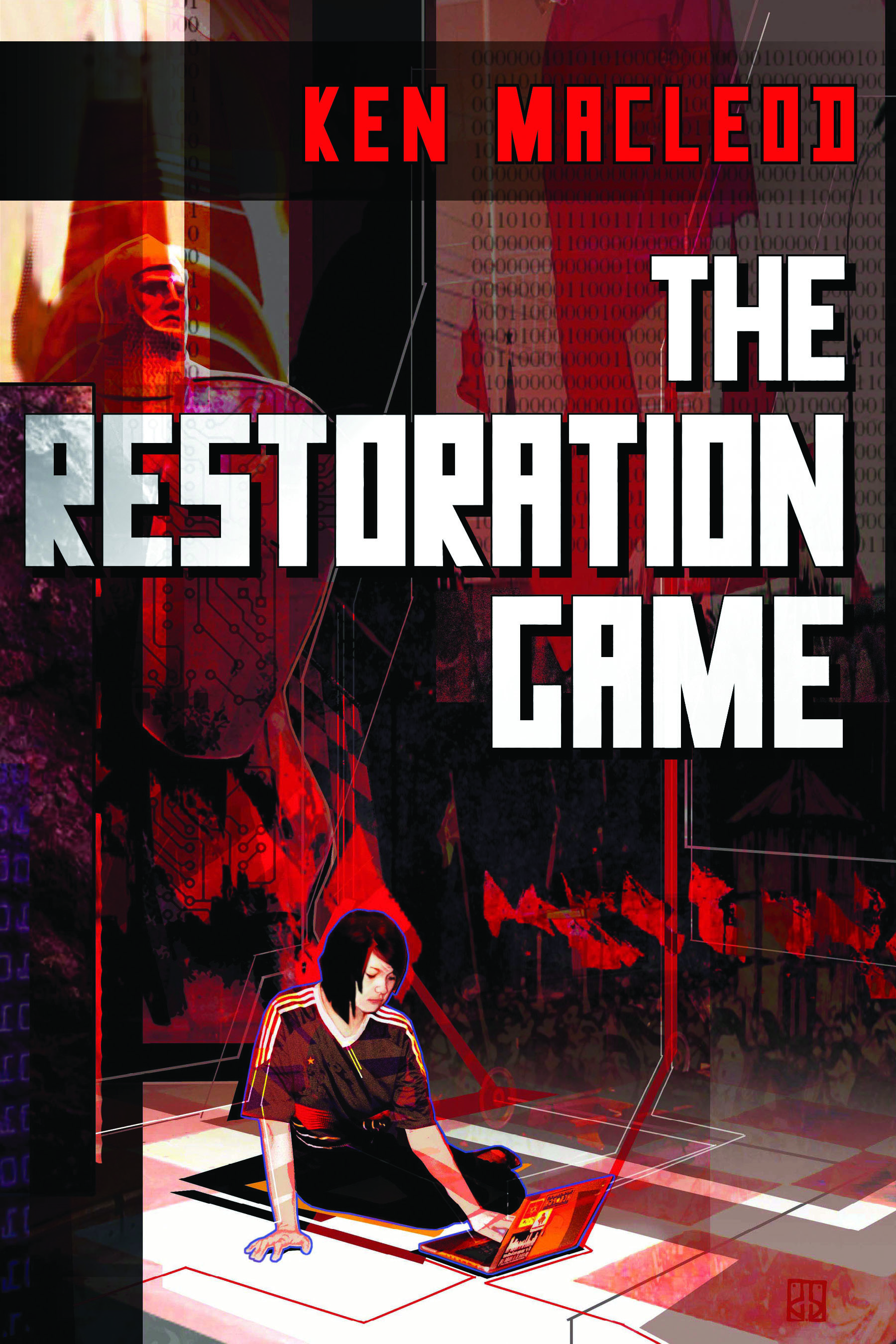 There is no such place as Krassnia. Lucy Stone should know—she was born there. In that tiny, troubled region of the former Soviet Union, revolution is brewing. Its organizers need a safe place to meet, and where better than the virtual spaces of an online game? Lucy, who works for a start-up games company in Edinburgh, has a project that almost seems made for the job: a game inspired by The Krassniad, an epic folk tale concocted by Lucy's mother, Amanda, who studied there in the 1980s. Lucy knows Amanda is a spook. She knows her great-grandmother Eugenie also visited the country in the '30s, and met the man who originally collected Krassnian folklore and who perished in Stalin's terror. Asm Lucy digs up details about her birthplace to slot into the game, she finds the open secrets of her family's past, the darker secrets of Krassnia's past—and hints about the crucial role she is destined to play in The Restoration Game. . . .

Combining international intrigue with cutting-edge philosophical speculation, romance with adventure, and online gaming with real-life consequence, The Restoration Game delivers as science fiction and as a sharp take on our present world from the viewpoint of a complex, engaging heroine who has to fight her way through a maze of political and family manipulation to take control of her own life.

"[O]ne of our best exponents of near-future thrillers. . . . MacLeod is terrific at what he clearly knows well; the collision of the SF and political worlds over the past few decades and, especially, the sense of paranoia which underlay the unraveling of the USSR and its satellites. . . . A good science fiction novel is a simulation machine for changing the world, and this may be what Ken MacLeod is reminding us."
—Strange Horizons

"You don't need to change everything to make our current reality appear exotic. Whether other writers can duplicate his trick while also aping MacLeod's mix of sly humour, deftly drawn characters, and intricate plotting is, of course, entirely another matter—this is a writer at the peak of his powers."
—SFX

Ken MacLeod was born in Stornoway, Isle of Lewis, Scotland, on August 2, 1954. He is married with two grown-up children and lives in West Lothian. He has an honors and a master's degree in biological subjects and worked for some years in the IT industry. Since 1997 he has been a full-time writer, and in 2009 was Writer in Residence at the ESRC Genomics Policy and Research Forum at Edinburgh University. He is the author of twelve novels, from The Star Fraction (1995) to The Restoration Game (2010), and many articles and short stories. His novels have received two BSFA Awards and three Prometheus Awards, and several have been short-listed for the Clarke and Hugo Awards.

Ken MacLeod's weblog is The Early Days of a Better Nation: http://kenmacleod.blogspot.com.