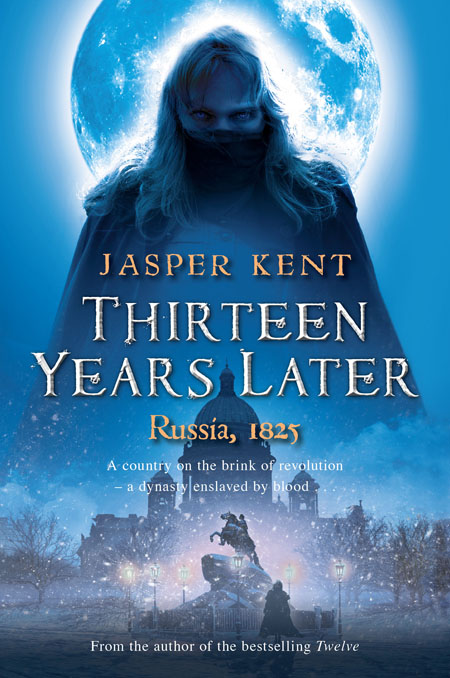 MORLOCK AMBROSIUS RETURNS! Aleksandr made a silent promise to the Lord. God would deliver him – would deliver Russia – and he would make Russia into the country that the Almighty wanted it to be. He would be delivered from "the pestilence that walketh in darkness ... " and "the destruction that wasteth at noonday ... the terror by night..." 1825, Europe – and Russia – have been at peace for ten years. Bonaparte is long dead and the threat of invasion is no more. For Colonel Aleksei Ivanovich Danilov, life is peaceful. Not only have the French been defeated but so have the twelve monstrous creatures he once fought alongside, and then against, ten or more years ago. His duty is still to serve and to protect his tsar, Aleksandr the First, but now the enemy is human. However the Tsar knows that he can never be at peace. Of course, he is aware of the uprising fermenting within the Russian army – among his supposedly loyal officers. No, what troubles him is something that threatens to bring damnation down upon him, his family, and his country. The Tsar has been reminded of a promise: a promise born of blood, a promise that was broken a hundred years before. Now the one who was betrayed by the Romanovs has returned to exact revenge for what has been denied him. And for Aleksei, knowing this chills his very soul. For it seems the vile pestilence that once threatened all he believed in and all he held dear has returned, thirteen years later…

"In the end, as much as I loved Twelve, I enjoyed Thirteen Years Later just as much, if not more, and if Jasper Kent can continue this high level of excellence in the remaining sequels, then I strongly believe that the Danilov Quintet will end up being one of the best vampire series I have ever read."
—Fantasy Book Critic

Jasper Kent was born in Worcestershire, England, in 1968. He attended King Edward's School, Birmingham, and went on to study natural sciences at Trinity Hall, Cambridge, specializing in physics. Jasper has spent almost twenty years working as a software engineer in the UK and in Europe, while also working on writing both fiction and music. In that time, he has produced the novels Twelve, Thirteen Years Later, Yours Etc., Mr. Sunday, and Sifr, as well as cowritten several musicals, including The Promised Land and Remember! Remember! Jasper lives in Brighton, where he shares a flat with his girlfriend and several affectionate examples of the species Rattus norvegicus. Visit Jasper Kent's website at www.jasperkent.com