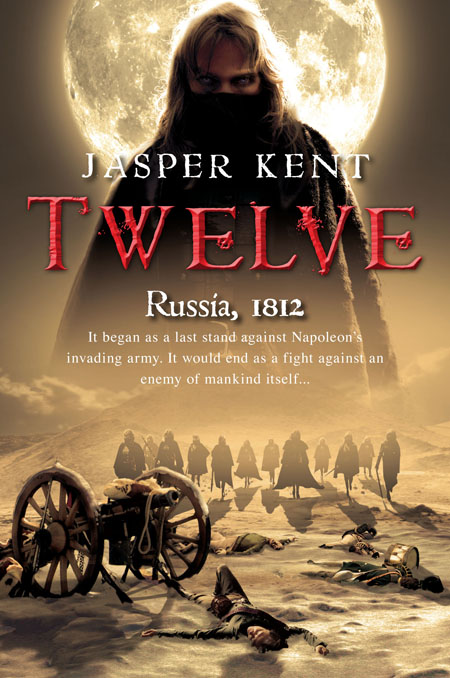 It began as a last stand against Napoleon's invading army. It would end as a fight against an enemy of mankind itself... The voordalak —a creature of legend, the tales of which have terrified Russian children for generations. But for Captain Aleksei Ivanovich Danilov—a child of more enlightened times—it is a legend that has long been forgotten. Besides, in the autumn of 1812, he faces a more tangible enemy: the Grande Armée of Napoleon Bonaparte.

City after city has fallen to the advancing French, and it now seems that only a miracle will keep them from Moscow itself. In desperation, Aleksei and his comrades enlist the help of the Oprichniki—a group of twelve mercenaries from the furthest reaches of Christian Europe, who claim that they can turn the tide of the war. It seems an idle boast, but the Russians soon discover that the Oprichniki are indeed quite capable of fulfilling their promise... and much more.

Unnerved by the fact that so few can accomplish so much, Aleksei remembers those childhood stories of the voordalak. And as he comes to understand the true, horrific nature of these twelve strangers, he wonders at the nightmare they've unleashed in their midst....

Full of historical detail, thrilling action, and heart-stopping supernatural moments, Twelve is storytelling at its most original and exciting.

"Overall, I was very impressed with Twelve by Jasper Kent. I must admit a long time fascination with Russian culture and historical fiction, but this novel goes beyond both of these. Kent is able to blend history and vampires into a thrilling story. Despite the weak ending, I would highly recommend this to any fans of vampire, fantasy or historical fiction. "
—Bella Online

—SFX
"Rich, detailed, and enjoyable.... A real page-turner.... Twelve is a great read and a breath of fresh air."
—Fantasy Book Review

"It is hard for me to set Twelve in a particular category, because the novel is an original one and its characteristics and setting can satisfy the readers of different genres. But it is easy for me to say that Jasper Kent proves great talent and imagination and its debut is an excellent and powerful one."
—Dark Wolf's Fantasy Reviews

"The book is a very pleasing read, clearly the result of detailed historical research, and a book where the emphasis is on the telling of a thrilling tale by a writer with a love of the horrific. Think of it as Doctor Zhivago meets Bram Stoker's Dracula in Napoleonic Russia. Bloodily fantastic."
—SFF World

"I recommend this for fans of history that would like a twist of supernatural entwined with it or for those who would like to escape the more stereotypical romantic vampire stories out there...I rate this one a strong 4.5 stars. It is a very good debut work and I am looking forward to reading the sequels."
—Night Owl Reviews

Jasper Kent was born in Worcestershire, England, in 1968. He attended King Edward's School, Birmingham, and went on to study natural sciences at Trinity Hall, Cambridge, specializing in physics.

Jasper has spent almost twenty years working as a software engineer in the UK and in Europe, while also working on writing both fiction and music. In that time, he has produced the novels Twelve, Thirteen Years Later, Yours Etc., Mr. Sunday, and Sifr, as well as cowritten several musicals, including The Promised Land and Remember! Remember!

Jasper lives in Brighton, where he shares a flat with his girlfriend and several affectionate examples of the species Rattus norvegicus.