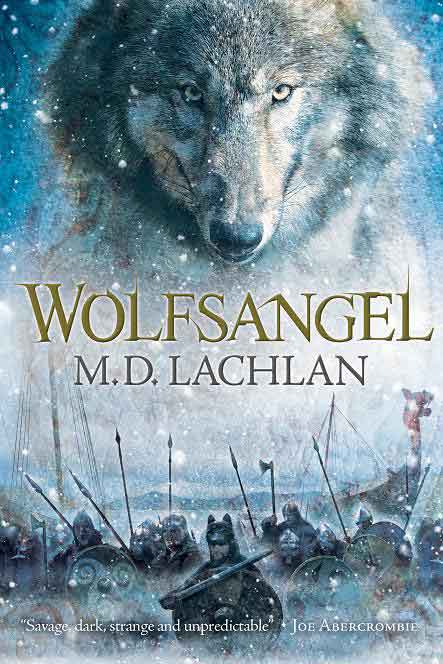 The Viking king Authun leads his men on a raid against an Anglo-Saxon village. Men and women are killed indiscriminately, but Authun demands that no child be touched. He is acting on prophecy—a prophecy that tells him that the Saxons have stolen a child from the gods. If Authun, in turn, takes the child and raises him as an heir, the child will lead his people to glory.

But Authun discovers not one child, but twin baby boys. After ensuring that his faithful warriors, witnesses to what has happened, die during the raid, Authun takes the children and their mother home, back to the witches who live on the troll wall. And he places his destiny in their hands.

So begins a stunning multivolume fantasy epic that will take a werewolf from his beginnings as the heir to a brutal Viking king down through the ages. It is a journey that will see him hunt for his lost love through centuries and lives, and see the endless battle between the wolf, Odin, and Loki, the eternal trickster, spill over into countless bloody conflicts from our history and our lives.

This is the myth of the werewolf as it has never been told before and marks the beginning of an extraordinary new fantasy series.

"Lachlan is a gifted author and one who clearly loves his chosen subject and historical setting, which makes this novel a must-read for fans of dark fantasy tinged with atmospheric horror elements.... [his] writing has a certain quality that sucks you in and draws you on through the story.... From raids to single combat, the author really puts the reader into the heart of the action; it is close, brutal and often highly personal. Certainly, Wolfsangel contains some of the best, most realistic fight scenes I've read in a while....Wolfsangel is a highly recommended historical fantasy…. if you give it a try you will be rewarded for doing so. Dark, atmospheric, original….This is a great read."
—Civilian Reader blog

"The most powerful and original fantasy I have read for some time."
— Interzone

"A unique take on the werewolf mythos, on the Norse pantheon, and on magic itself. An enthralling, mesmerizing book."
— Mike Carey

"A hard-core fantasy epic, mixing Norse saga with brutal violence, uncompromising action, and an original take on the werewolf mythology. The intricate plotting had me hooked from the start."
— Andy Remic

M. D. Lachlan is the pseudonym of Mark Barrowcliffe, a successful mainstream fiction and nonfiction writer. Among his works is The Elfish Gene about being a teenage D&D obsessive. A onetime stand-up comedian, he also writes for the Guardian. He was born in 1964 in Coventry, where he grew up and now lives with his wife and children in Brighton.