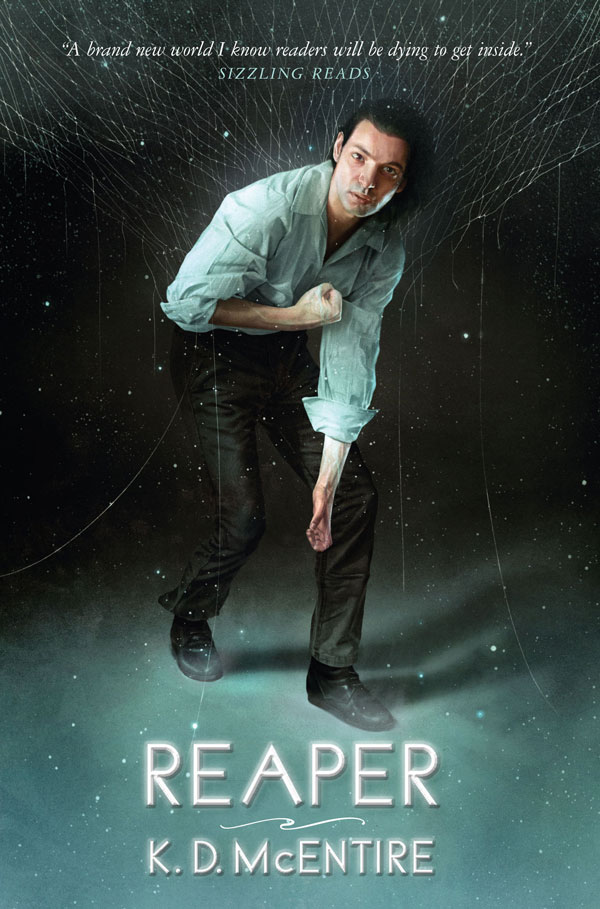 Reaper is set in a world a breath away from our own.

After the death of her mother, Wendy is attempting to fill her mother's shoes and discovering that the prospect is far more difficult than she ever imagined. Learning that she is part of a powerful and ancient family of Reapers that her mother had forsaken is just the first surprise—Wendy soon discovers that the San Francisco Bay Never is filled with political powers and factions both previously unknown and completely mysterious to Wendy. Since both her mother and Piotr are gone, Wendy must struggle to maneuver between the machinations of the dead and the dark intentions of her living Reaper family.
Eventually betrayed and made sick unto death, the clock is ticking before Wendy will fall—she has only a matter of days to unravel the mysteries her mother left behind and to convince her wary family to accept her as one of their own.

"Thrilling, beautiful, funny, and heartbreaking, all at the same time—
Lightbringer will haunt you long after you've turned the final page."
—Robin Wasserman
Author of The Cold Awakening trilogy

"These characters burn against the tragic darkness of their beautiful,
haunted world. Lightbringer will draw you in like a moth to a flame. You'll never escape it; you'll never want to."
—Kristopher Reisz
Author of Unleashed

"Though Lightbringer is satisfying as a stand alone novel, there is definitely room to continue into a series. Well-placed action, interesting relationships, and an emphasis on character growth all combine to guarantee that I'll keep my eyes peeled for McEntire's next offering, whatever it may be."
—All Things Urban Fantasy