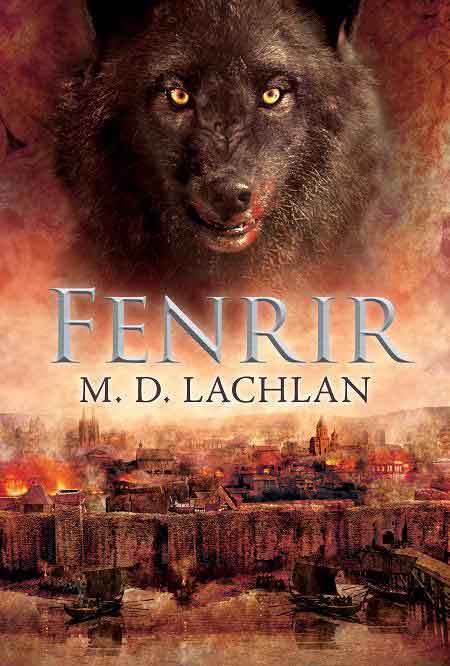 The Count and the church are relying on the living saint, the blind and crippled Jehan of St. Germain, to enlist the aid of God and resolve the situation for them. But the Vikings have their own gods. And outside their camp a terrifying brother and sister, priests of Odin, have their own agenda—an agenda of darkness and madness. And in the shadows a wolfman lurks.

"A unique take on the werewolf mythos, on the Norse pantheon, and on magic itself. An enthralling, mesmerizing book."
—Mike Carey

"Sorcery and savagery fuel this rousing historical fantasy, the first
volume in a planned multivolume epic. . . . Vivid in its rendering of the
primitive historical past, this entertaining adventure will have readers
eagerly anticipating the next book in the series."
—Publishers Weekly

"Lachlan is a gifted author and one who clearly loves his chosen subject and historical setting, which makes this novel a must-read for fans of dark fantasy tinged with atmospheric horror elements. . . . [His] writing has a certain quality that sucks you in and draws you on through the story. . . . From raids to single combat, the author really puts the reader into the heart of the action; it is close, brutal, and often highly personal. Certainly, Wolfsangel contains some of the best, most realistic fight scenes I've read in a while. . . . Wolfsangel is a highly recommended historical fantasy. . . . If you give it a try, you will be rewarded for doing so.
Dark, atmospheric, original. . . . This is a great read."
—Civilian Reader blog

M. D. Lachlan is the pseudonym of Mark Barrowcliffe, a successful mainstream fiction and nonfiction writer. Among his works is Wolfsangel, the previous volume in this series, and The Elfish Gene about being a teenage D&D obsessive. A onetime stand-up comedian, he also writes for the Guardian. He was born in 1964 in Coventry, where he grew up and now lives with his wife and children in Brighton.