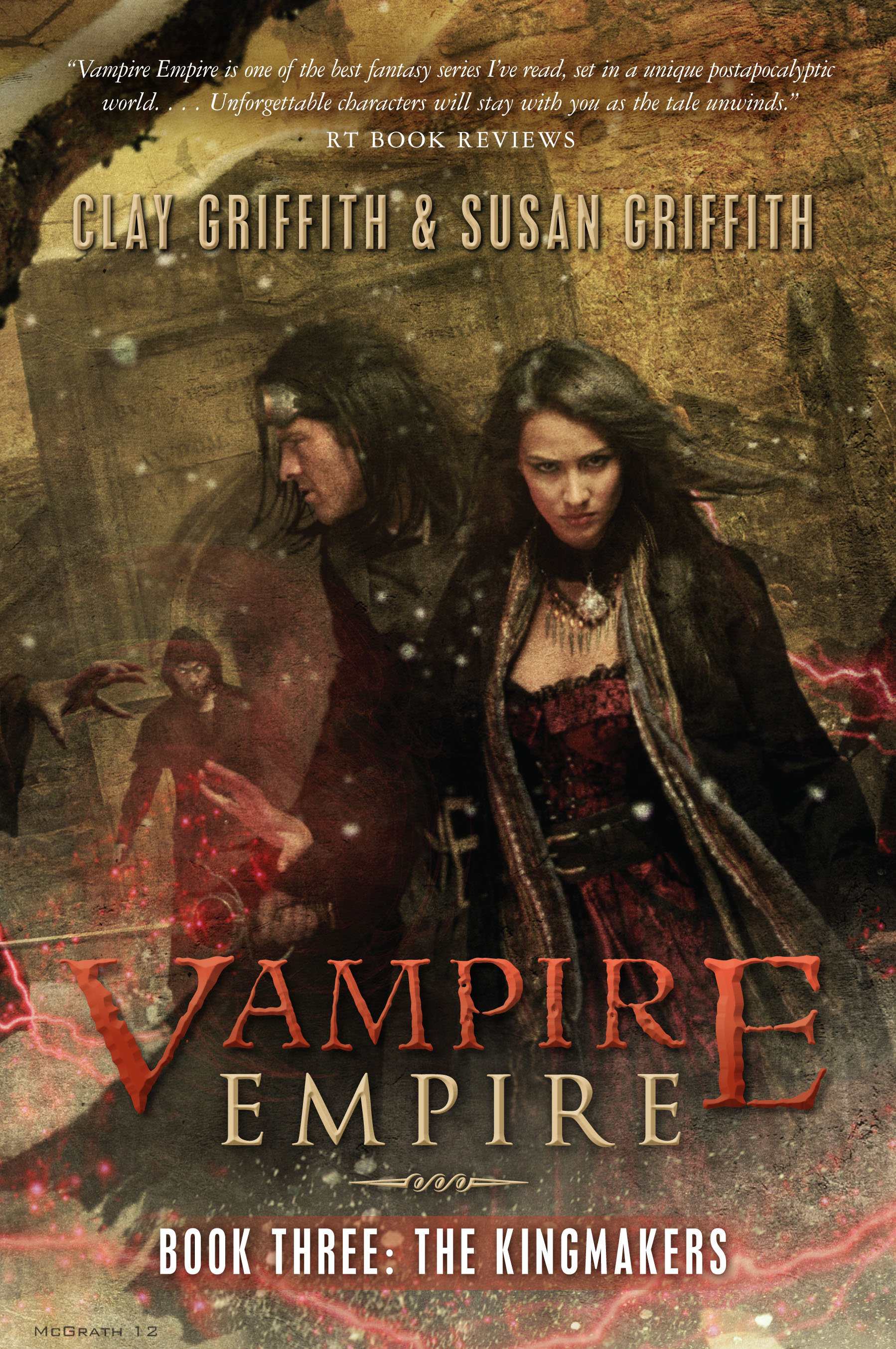 A war to the death.

Empress Adele has launched a grand crusade against the vampire clans of the north. Prince Gareth, the vampire lord of Scotland, serves the Equatorian cause, fighting in the bloody trenches of France in his guise as the dashing Greyfriar. But the human armies are pinned down, battered by harsh weather and merciless attacks from vampire packs.

To even the odds, Adele unleashes the power of her geomancy, a fearsome weapon capable of slaughtering vampires in vast numbers. However, the power she expends threatens her own life even as she questions the morality of such a weapon.

As the war turns ever bloodier and Adele is threatened by betrayal, Gareth faces a terrible choice. Their only hope is a desperate strike against the lord of the vampire clans—Gareth's brother, Cesare. It is a gamble that could win the war or signal the final days of the Greyfriar.

The Vampire Empire trilogy rushes to a heart-wrenching conclusion of honor and love, hatred and vengeance, sacrifice and loss.

PRAISE FOR THE VAMPIRE EMPIRE SERIES:

"[T]he best vampire series I have read in ages. . . . I am blown away by it. It has it all: romance, steampunk, vampires, adventure, and impossible odds for the hero to overcome. . . . It has the romantic heroism of The Three Musketeers and the last-gasp struggle of Star Wars rolled into a fantasy adventure that will have you gripping the pages. Don't miss out on this one—I have never had such a great time reading a new adventure as I did with this."
—Vampire Librarian

"Vampire Empire is one of the best fantasy series I've read, set in a unique postapocalyptic world. The landscapes, the peoples, and the incredible gizmos will attack your senses. Their unforgettable characters will stay with you as the tale unwinds."
—RT Book Reviews

"I love this book. It's epic and lovely, heartbreakingly romantic (in every sense of the word), and an incredibly satisfying read, both for the characters and the richness of the world."
—Marjorie M. Liu
New York Times–bestselling author

"If I was stuck on a deserted island and could only have one vampire book series with me, my choice would be the Griffiths' Vampire Empire saga. Bye Lestat, farewell Edward. . . . Thank you to the Griffiths for fueling and continuing my love of vampire novels."
—Reader Girls

"Filled with mind-boggling political intrigue, betrayal, deception, magic, and a healthy dose of romance—you will be once again swept away by this burgeoning epic saga. . . . The Vampire Empire series remains at the top of my must-read list in Urban Fantasy."
—Smexy Books

"A seamless amalgam of alternate history, epic fantasy adventure, apocalyptic horror, and heartrending romance, I actually hugged this book when I finished it. . . . The future of genre fiction is now—and it's Clay and Susan Griffith's Vampire Empire trilogy."
—Explorations, BN.com

Clay and Susan Griffith are the authors of The Greyfriar, Vampire Empire Book One. The Griffiths are a married couple who have written and published together for more than a decade. Their credits not only include two novels for Bantam Doubleday Dell in the mid-1990s and another novel for Pinnacle Entertainment Group in 2002 but also numerous short stories published in many anthologies, some featuring noted genre characters like Kolchak the Night Stalker and the Phantom. They’ve also written scripts for television and published graphic novels. The authors have attended many cons multiple times over the years, including World Fantasy, WorldCon Science Fiction, ComicCon (San Diego), DragonCon (Atlanta), HeroesCon (Charlotte), and other smaller conventions.  These are two hardworking authors, in every sense!