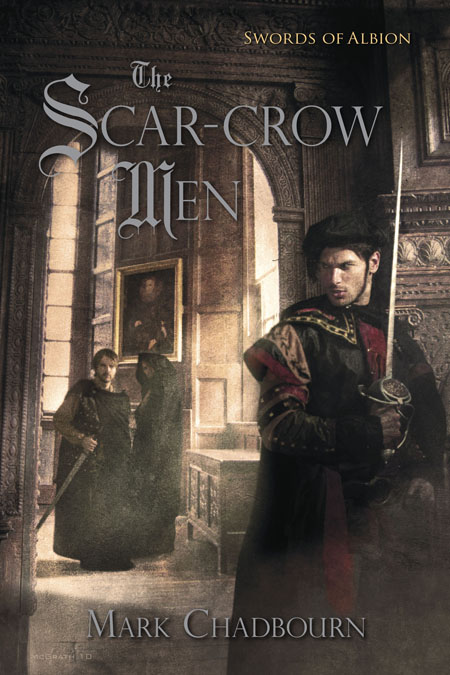 The year is 1593. The London of Elizabeth I is in the terrible grip of the Black Death. As thousands die from the plague and the queen hides behind the walls of her palace, English spies are being murdered across the city. The killer's next target: Will Swyfte.

For Swyfte—adventurer, rake, scholar, and spy—this is the darkest time he has known. His mentor, the grand old spymaster Sir Francis Walsingham, is dead. The new head of the secret service is more concerned about his own advancement than defending the nation, and a rival faction at the court has established its own network of spies. Plots are everywhere, and no one can be trusted. Meanwhile, England's greatest enemy, the haunted Unseelie Court, prepares to make its move.

A dark, bloody scheme, years in the making, is about to be realized. The endgame begins on the night of the first performance of Dr. Faustus, the new play by Swyfte's close friend and fellow spy Christopher Marlowe. A devil is conjured in the middle of the crowded theater, taking the form of Will Swyfte's long-lost love, Jenny—and it has a horrifying message for him alone.

That night Marlowe is murdered, and Swyfte embarks on a personal and brutal crusade for vengeance. Friendless, with enemies on every side and a devil at his back, the spy may find that even his vaunted skills are no match for the supernatural powers arrayed against him.

Praise for The Silver Skull:

"The scary nature of the Otherworld adds a nice edge to this well paced spy thriller that promises more jolly adventures in the Swords of Albion series as it pits humanity against the Faerie. This is a place where the things that go bump in the night are best left alone and the important issues of the day echo today's headlines making for an interesting alternative reality read."
—Monsters and Critics

"The Silver Skull has such an array of complex characters, deeply involved in their interesting times and guarding so many painful memories and secrets, there's something here for anyone who wants more than a bunch of cardboard figures going through the motions while the body count keeps rising."
—Locus

"Combining the best elements of a spy thriller, heroic fantasy and Elizabethan mystery, Chadbourn deftly mixes gruesome brutality, a shadowy world of plots and counter-plots and a vivid cast of characters. Seamlessly weaving historic figures and events into his fictional world, the author creates an alternate reality as tangible and authentic as the history we think we know. Not just a lightweight adventure novel, this book forces the reader to confront timely issues like the value of torture and the use of evil in the pursuit of good, bringing a level of verisimilitude so fantastic and yet believable, you keep asking yourself if it might be true. In a year of outstanding fantasies, The Silver Skull may just be one of the best so far."
—Monsters and Critics

"Two-time British Fantasy Award winner Chadbourn (the Age of Misrule trilogy) offers a grim and decidedly current take on supernatural Elizabethan intrigues. Will Swyfte, 'England's greatest spy,' is charged with stopping the faerie and their Spanish tools from acquiring the Skull, the Key and the Shield, magic items whose combination could devastate all of Britain. Scenes range from squalid London slums to King Philip's monumental El Escorial palace and the mighty confrontation with the Armada in the English Channel. Readers familiar with cold war spy novels will wryly note Swyfte's visits to Dr. John Dee for the latest in spy technology, à la James Bond and Q. Graphic presentations of tortures from the rack to waterboarding recall contemporary issues in national security, carefully contextualized with Swyfte's dilemmas of personal versus professional codes."
—Publishers Weekly

"The new Swords of Albion series, set in an alternate Elizabethan England,
gets off to a smashing start. The historical detail sets a believable backdrop,
and the main character, a spy, could pass for a fantastical James Bond.
Chadbourn sets a fast pace, pitting his characters against supernatural
threats with a bit of horror thrown in."
—RT Book Reviews

“He conjures up the horror of this harsh new world brilliantly, and the
sheer brutality of his writing is often jaw-dropping.”
—SFX

"His characterisation has an energy and freshness that is
lacking in too much of the genre these days."
—Starburst