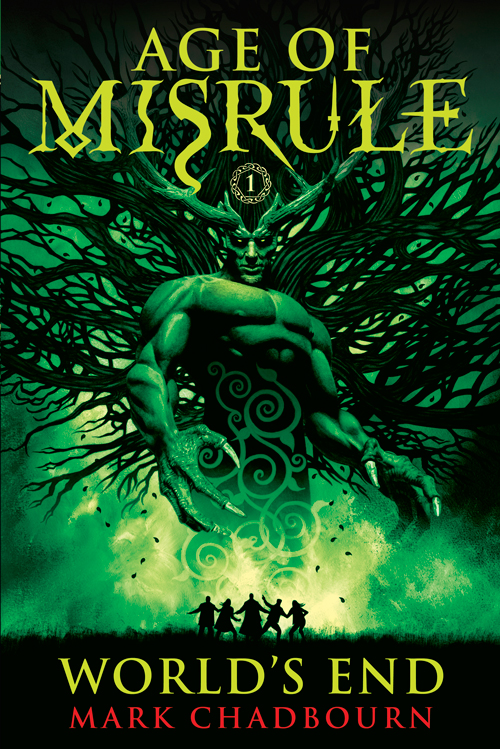 IN TIMES OF TROUBLE, HEROES ARISE!

A dragon firebombs a freeway. Shape-shifters stalk the commercial district. The deadly Wild Hunt wreaks havoc on the highway.

The Age of Misrule has dawned.

When Jack Churchill and Ruth Gallagher encounter a terrifying, misshapn giant beneath a London bridge, they are plunged into a mystery that portends the end of the world as we know it. All over the country, the ancient gods of Celtic myth are returning to the land from which they were banished millennia ago. Following in their footsteps are creatures of folklore: fabulous beasts, wonders and dark terrors. As technology starts to fail, Jack and Ruth are forced to embark on a desperate quest for four magical items—the last chance for humanity in the face of powers barely comprehended.

A pedal-to-the-floor, high-octane fantasy thriller that pitches magic and wonder into a pop culture mash-up of the modern world. Described as "One part Lord of the Rings, one part Illuminatus!, one part Arthurian romance, one part Harry Potter—100 % original!"

The last word on the real meaning of Arthurian mythology:

Mark Chadbourn embarked on an unprecedented depth of historical research and a detailed examination of real-world prehistoric sites around the UK to provide a compelling background to his work of fiction. His studies bring to light hidden connections among myth, the Arthurian romances, folklore, and history, challenging the reader to draw the line between truth and imagination.

"A sumptuous feast of fairytale, magic, dark gothic horror and romance." —The Times

"His characterisation has an energy and freshness that is lacking in too much of the genre these days."
—Starburst

See also Darkest Hour and Always Forever, the other two novels in the Age of Misrule series.