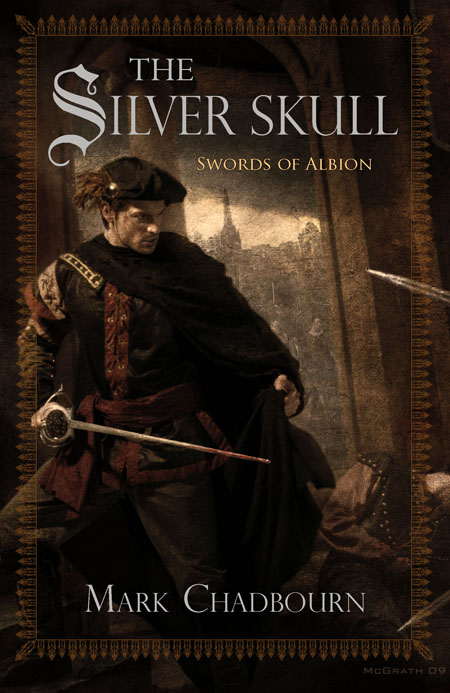 A devilish plot to assassinate the queen, a cold war enemy hell-bent on destroying the nation, incredible gadgets, a race against time around the world to stop the ultimate doomsday device...and Elizabethan England's greatest spy! Meet Will Swyfte—adventurer, swordsman, rake, swashbuckler, wit, scholar and the greatest of Walsingham's new band of spies. His exploits against the forces of Philip of Spain have made him a national hero, lauded from Carlisle to Kent. Yet his associates can barely disguise their incredulity—what is the point of a spy whose face and name is known across Europe? But Swyfte's public image is a carefully-crafted façade to give the people of England something to believe in, and to allow them to sleep peacefully at night. It deflects attention from his real work—and the true reason why Walsingham's spy network was established. A Cold War seethes, and England remains under a state of threat. The forces of Faerie have preyed on humanity for millennia. Responsible for our myths and legends, of gods and fairies, dragons, griffins, devils, imps and every other supernatural menace that has haunted our dreams, this power in the darkness has seen humans as playthings to be tormented, hunted or eradicated. But now England is fighting back! Magical defences have been put in place by the Queen's sorcerer Dr. John Dee, who is also a senior member of Walsingham's secret service and provides many of the bizarre gadgets utilised by the spies. Finally there is a balance of power. But the Cold War is threatening to turn hot at any moment... Will now plays a constant game of deceit and death, holding back the Enemy's repeated incursions, dealing in a shadowy world of plots and counter-plots, deceptions, secrets, murder, where no one... and no thing... is quite what it seems.

"Two-time British Fantasy Award winner Chadbourn (the Age of Misrule trilogy) offers a grim and decidedly current take on supernatural Elizabethan intrigues. Will Swyfte, 'England's greatest spy,' is charged with stopping the faerie and their Spanish tools from acquiring the Skull, the Key and the Shield, magic items whose combination could devastate all of Britain. Scenes range from squalid London slums to King Philip's monumental El Escorial palace and the mighty confrontation with the Armada in the English Channel. Readers familiar with cold war spy novels will wryly note Swyfte's visits to Dr. John Dee for the latest in spy technology, à la James Bond and Q. Graphic presentations of tortures from the rack to waterboarding recall contemporary issues in national security, carefully contextualized with Swyfte's dilemmas of personal versus professional codes."
—Publishers Weekly

"The new Swords of Albion series, set in an alternate Elizabethan England
gets off to a smashing start. The historical detail sets a believable backdrop
and the main character, a spy, could pass for a fantastical James Bond.
Chadbourn sets a fast pace, pitting his characters against supernatural
threats with a bit of horror thrown in."
—RT Book Reviews

“He conjures up the horror of this harsh new world brilliantly, and the sheer brutality of his writing is often jaw-dropping.” —SFX

"His characterisation has an energy and freshness that is lacking in too much of the genre these days." —Starburstt