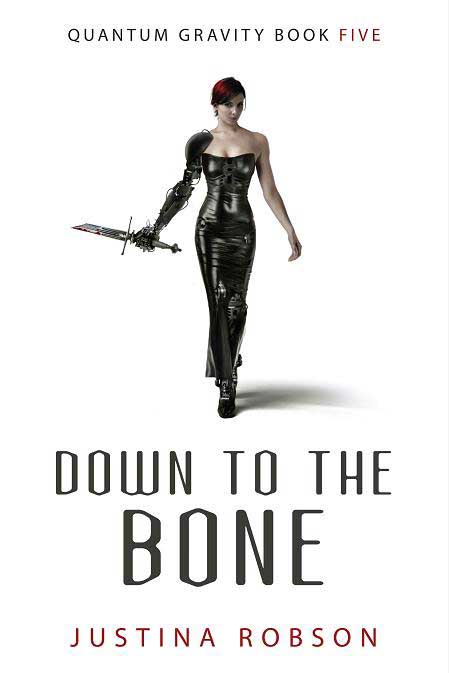 Down to the Bone

Lila Black faces her greatest challenge yet as she takes herself, her dead lover, and the AI in her head into death's realm …

Lila Black is now a shape-shifting machine plugged into the Signal—the total dataset of all events in the known universe and all potential events; Zal, the elf rock star with a demon soul, is now a shadow form animated and given material actualization by firelight; Teazle the demon has taken up the swords of Death and is on the way to becoming an angel. To say this puts some pressure on their three-way marriage is an understatement.

Meanwhile the human world is seeing an inexplicable influx of the returning dead, and they’re not the only ones. Many old evils are returning to haunt the living following three harbingers of destruction created in the ancient past.

What seems epic is revealed as personal to all concerned as events unfold and that which cannot be escaped must be faced. Heroic destinies unravel as greater powers reveal themselves the true masters of the game.

Praise for the Quantum Gravity Series:

"An immensely entertaining mixture of rock and roll, introspection, and action." —Booklist

"[Keeping It Real] by far the most entertaining book Robson has written, a novel packed with memorable characters and ideas but that doubles as holiday reading escapism. No mean balancing act."
—SFX