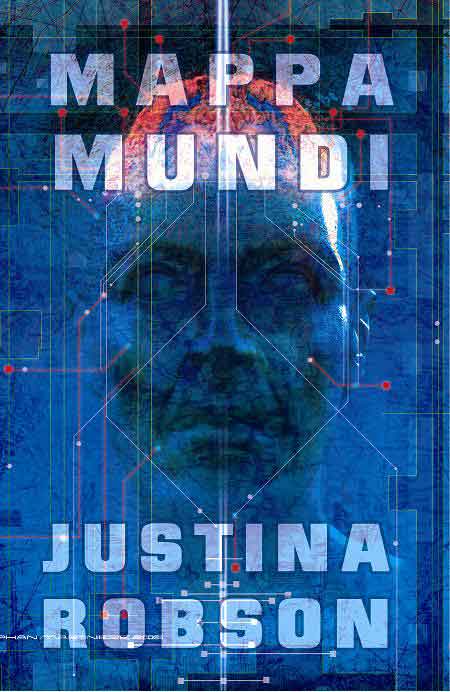 A novel of hard SF exploring the nature of identity both inherited and engineered, from one of Britain's most acclaimed new talents. In the near future, when medical nanotechnology has made it possible to map a model of the living human brain, radical psychologist Natalie Armstrong sees her work suddenly become crucial to a cutting-edge military project for creating comprehensive mind-control. Meanwhile, on the other side of the Atlantic, Jude Westhorpe, FBI specialist, is tracking a cold war defector long involved in everything from gene sequencing to mind-mapping. But his investigation has begun to affect matters of national security—throwing Jude and Natalie together as partners in trouble—deep trouble from every direction. This fascinating novel explores the nature of humanity in the near future, when the power and potential of developing technologies demand that we adapt ourselves to their existence—whatever the price.

"For fans of Brave New World or Neal Stephenson's Snow Crash, if they met Thomas Pynchon in a cybercafé. Lowdown: A lyrical, attentively written anti-utopia.
Grade: A-"

"Robson blends the tropes of a high-tech thriller with nuanced character portraits and fascinating scientific speculation, creating a novel that poses deep questions about vulnerability and identity....a compelling, intelligent novel that doesn't flinch from tough questions and refuses to settle for easy answers."
—Fantasy Magazine

"Justina Robson is one of the more interesting SF writers to have emerged from the UK in recent years. In a relatively short time, she's produced some of the more thought-provoking, critically acclaimed novels in the genre, with nominations for awards such as the Philip K. Dick award and the British Science Fiction Association award. Her second novel, Mappa Mundi, published in the UK in 2000, now appearing on US shelves through Pyr, is no exception. The novel is part medical thriller, part spy/geopolitical thriller, and Big Idea SF novel.... with Mappa Mundi, Robson proves she is a smart and thought-provoking writer with her hand on of the pulse and thoughts of today's world."
—SFFWorld.com

"This is a terrific thought-provoking medical science fiction mystery that grips the audience with its theme that good intentions can lead to bad endings if abused by those in charge. Readers will ponder the options between thought control slaves vs. healthy and happy people.... Justina Robson provides a powerful thriller that will haunt fans who will compare events to what is going on today as science and politics are manipulated to serve selfish purposes."
—Baryon Magazine

"Robson's third novel to appear in the U.S. ... maintains throat-tightening suspense from its teasingly enigmatic introduction of its major characters to its painful conclusion that evil will succeed if well-meaning people try to achieve good at any cost....Shortlisted for the 2001 Arthur C. Clarke Award, this near-future SF thriller presents convincing characters caught in profound moral dilemmas brought home through exquisite attention to plot details and setting."
—Publishers Weekly

"Once in a great while you stumble upon a book that gets a firm grip on your imagination and just will not let go. Even when you are out - driving, eating in a restaurant, carrying on a conversation - you're thinking about that book, anxious to get back to find out what happens next. Enter into that restrictive list, Mappa Mundi."
—SFsite.com

"When is a book science fiction, hard sci-fi, or a thriller? Mappa Mundi by Justina Robson succeeds as all three at once....Mappa Mundi allows enjoyment for both the thinking and the escapist reader, while providing the excitement and twists of a typical thriller."
—www.nethspace.blogspot.com


"Robson is stellar talent of the first magnitude."
—CFQ/Cinefantastique