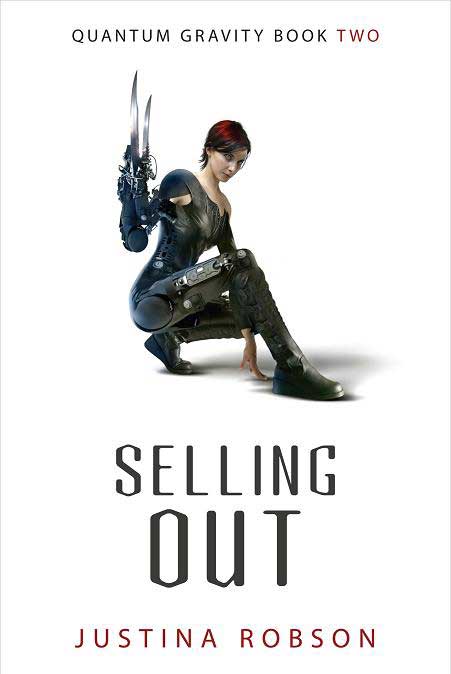 Book two of the Quantum Gravity series sees Lila Black drawn into the intoxicatingly dangerous demon realm. Capricious, in love with beauty, demons are best left to themselves. This is not easy when they can't resist tampering with humans.

Justina Robson's new series is a joyful melding of science fiction and fantasy brought together in the figure of the dangerously lovely Lila Black, a 21-year-old secret agent who's had much of her body replaced with weapon-and-armor-heavy intelligent metal and who isn't sure where her mind ends and her installed AI begins. Lila's world is one where demons, elves, and elementals live alongside people. And somehow Lila and the other agents of the security agency have to provide security for all and stay alive themselves.

“This absorbing and exciting second installment lives up expectations with the six parallel worlds of humans, elves, demons, faeries, elementals and undead further developed with tantalizing hints of a seventh world dropped in for good measure. Lila’s strong character is nicely balanced by enough self-doubt and concerns about her autonomy to be interesting without being overplayed. A lot more background is provided for the other key protagonists giving this a well-rounded feel while setting up the next book with a couple of potential showdowns. Fans of Joel Shepherd’s Cassandra Kresnov series, think Sandy with six realms worth of creatures, politics and villains to run afoul of.”
—MonstersandCritics.com

"...deserves the readers attention. Selling out? Definitely not."
—SFFWorld