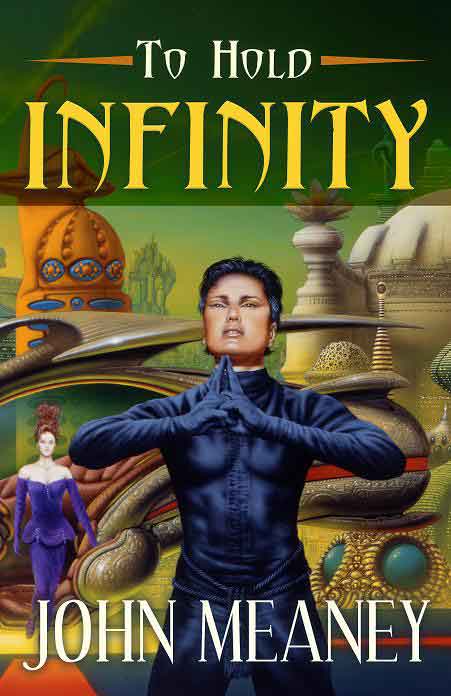 Devastated by her husband’s death, Earth-based biologist Yoshiko Sunadomari journeys to the paradise world of Fulgar to see her estranged son in the hope of bridging the gulf between them. But Tetsuo is in trouble. His expertise in mu-space technology and family links with the mysterious Pilots have ensured his survival — so far. Now he’s in way over his head — unwittingly caught up in a conspiracy of illegal tech-trafficking and corruption, and in the sinister machinations of one of Fulgar’s ruling elite: the charismatic Luculentus, Rafael Garcia de la Vega. When his home is attacked, Tetsuo flees to the planet’s unterraformed wastes, home to society’s outcasts and eco-terrorists. So Yoshiko arrives on Fulgar to discover Tetsuo gone ... and wanted for murder. Ill at ease in this strange, stratified new world seething with social and political unrest but desperate to find her son and clear his name, she embarks on a course of action that will bring her face to face with the awesome, malevolent mind of Rafael.

"[A] darn good book ... a fine combination of character study and post-human adventure, written with a style that speaks to why the author's career has continued on for at least three more novels. John Meaney's To Hold Infinity deserves to be read by anyone looking for a good science fiction story, well told."
—SFSite

“This an exciting science fiction mystery in which the audience will appreciate that the world of Fulgar seems genuine with its three prime tier society....The story line for the most part is fast-paced especially as the audience anticipates the showdown between the good guy and his mom vs. the more powerful bad dude....
Readers will enjoy this exhilarating tale that extrapolates today’s biological nanotechnology into a delightful story.”
—Baryon Magazine


“I’m always excited to get a new book from Pyr, because as of yet, they haven’t let me down...To Hold Infinity is an snapshot of a stunningly well-realized future that grabs hold and doesn’t let go....rather stunning book of ideas and imagination, and it holds up remarkably well despite the tragedy of its eight-year wait to be published in the U.S. Memo to publishers: Can we maybe print, like, five fewer of the crappy licensed books that are choking our science-fiction shelves and maybe put a little bit more effort into localizing books like this in a timely fashion? So far, you haven’t been able to get your act together, and Pyr is eating your lunch.”
—Bookgasm.com

“To Hold Infinity by John Meaney is an example of everything Pyr Books is getting right....This is a very well-written book, a deserving nominee for the British Science Fiction Association Award for Best Novel of 1998....To Hold Infinity is an absorbing story peopled with well-developed characters and loaded with interesting speculation about the future. Fans of the Nulapeiron books should not miss it, and I strongly recommend it to new readers as a great introduction to John Meaney. Rating: 8/10 (Highly Recommended)."
—Fantastic Reviews

“…fast-paced action revolving around a conspiracy, tech-trafficking charges, and Pilots who navigate fractal dimensions between worlds.... a satisfying blend of technology and action which proves a riveting page-turner till the end.”
—California Bookwatch, Midwest Book Review

“The author of the Nulapeiron Sequence (Paradox; Context; Resolution) has crafted a far-reaching vision of a future filled with potentials for both darkness and light, as seen through the eyes of a remarkably gifted and devoted woman.
An excellent choice for most sf collections.”
—Library Journal

“Dazzlingly imagined and dazzlingly executed…
this is a work of true uniqueness by a true talent. Wow!”
—Connie Willis

“The first important new SF writer of the 21st century.”
—The Times

John Meaney is the author of four novels— Paradox, Context, and Resolution, the latter three titles comprising his critically-acclaimed Nulapeiron Sequence. He also has numerous short-fiction publication credits. His novelette “Sharp Tang” was short-listed for the British Science Fiction Association Award in 1995. His novella “The Whisper of Disks” was included in the 2003 edition of The Year’s Best Science Fiction: Twentieth Annual Collection, edited by Gardner Dozois. His novella “The Swastika Bomb” was reprinted in The Best Short Science Fiction Novels of the Year (2004), edited by Jonathan Strahan. His story “Diva’s Bones” was reprinted in The Year’s Best Fantasy 5, edited by David G. Hartwell and Kathryn Cramer. Meaney has a degree in physics and computer science, and holds a black belt in Shotokan Karate. He lives in England. Visit his website at www.johnmeaney.com.