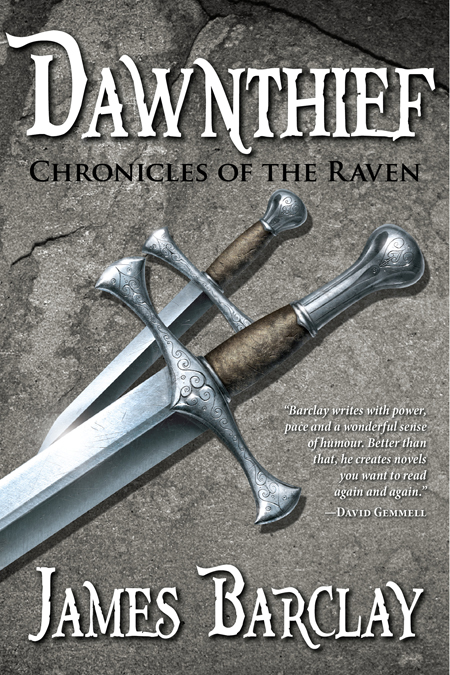 Chronicles of the Raven 1

ISOLATED, BETRAYED, AND FACING THE END.

The Raven: six men and an elf, sword for hire in the wars that have torn apart Balaia

For years their loyalty has been only to themselves and their code.

But, that time is over. The Wytch Lords have escaped and The Raven find themselves fighting for the Dark College of magic, searching for the location of Dawnthief. It is a spell created to end the world, and it must be cast if any of them are to survive.

Dawnthief is a fast paced epic about a band of all-too-human heroes.

"Action fantasy at its best. Dawnthief stays fresh, sparky and intelligent (enough) throughout. A great start to what I'm sure will be a memorable series."
—SFX

"Majors on sheer energy and a fast, often frenetic, pace. Barclay writes with an assured gusto, has a great eye for action, and imbues his story
with a fine imagination and jolts of wit. If ever there was a case of a plot
acting like a man-trap, this is it. Barclay brings a genuine aesthetic
to the fantasy action novel. A scorching debut. "
—Time Out