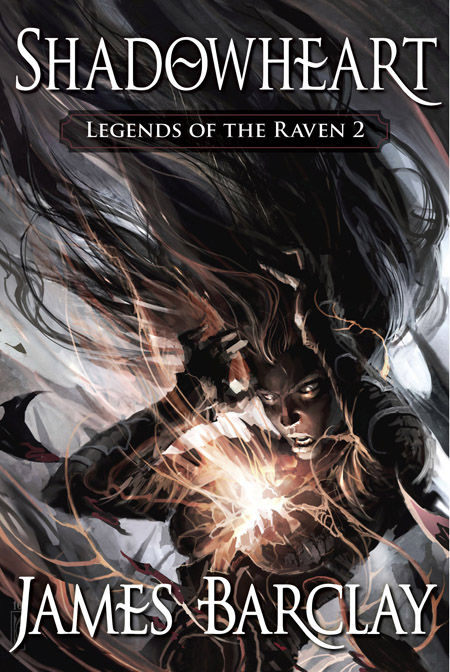 Legends of the Raven 2

It has been smoldering for years, but now the conflict between Balaia’s four colleges of magic has finally blazed into furious life. Xetesk, the Dark College, determined to impose its rule, now faces an alliance of Lystern and Dordover. Julatsa is crippled, still struggling to remake its link to Balaia’s flow of Mana. And so the armies mass.

Caught in the flames of war are The Raven. Three of the legendary mercenary band are dead. One of them struggles with a burgeoning power that could herald a new world—and destroy the old. The survivors will keep their promises to lost friends, to the enslaved Protectors, and to the dragon, Sha-Kaan. To Balaia.

The Raven will keep the faith. They will fight and they will triumph. It’s what they do.

“. . . a wonderful continuation of a story that I fell deeply in love with. . . . Entertaining reading to say the least. . . . Barclay’s writing doesn’t stray, and his characters are just as believable and deserving of our attention as always. If you like yourself some high fantasy and haven’t read James Barclay, you are doing yourself a disservice.”
—Fantasy Book Review

“. . . we may have found the guy who tops our Heroic Fantasy list of favorite authors. . . . Whatever it is that draws us all to stories about the exploits of mercenary bands, James Barclay knows what it is.”
—Elitist Book Reviews

"With The Raven, Barclay has created one of the more memorable casts of heroes in recent memory, supporting them within a world of magic based upon constructs entirely his own. While action may dominate the pages of his narratives, this has not taken place in the absence of increasingly strong characterization or a secondary world imaginatively and freshly developed. If his stories may lack the more serious and grander intentions of authors such as Matthew Stover or Steven Erikson, they nonetheless represent the best among his less ambitious contemporaries in providing simpler and more straightforward heroic entertainment. And, with the inclusion in Elfsorrow of an underlying, if relatively simple, environmental statement, the author may well be showing an emerging interest in using his narratives for purposes other than mere entertainment. As his writing talents have continued to evolve and improve, this is certainly a writer to watch, for immediate enjoyment as well as for future development."
—SF Site