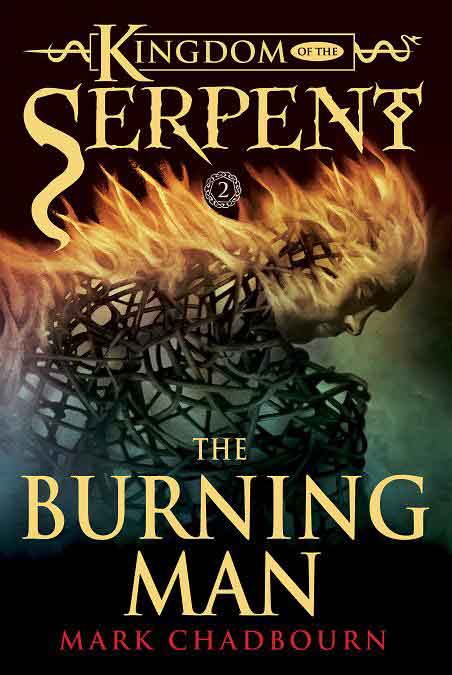 Kingdom of the Serpent Book 2

After a long journey across the ages, Jack Churchill has returned to the modern world, only to find it in the grip of a terrible, dark force. The population is unaware, mesmerized by the Mundane Spell that keeps them in thrall. With a small group of trusted allies, Jack sets out to find the two "keys" that can shatter the spell.

But the keys are people—one with the power of creation, one the power of destruction—and they are hidden somewhere among the world’s billions.

As the search fans out across the globe, ancient powers begin to stir. In the bleak North, in Egypt, in Greece, in all the Great Dominions, the old gods are returning to stake their claim. The odds appear insurmountable, the need desperate . . . This is a time for heroes.

"When he's on form, there is no one writing today that can do urban, gritty magic as well as Mark Chadbourn, and this book is very much on form, in terms of its action, exciting storytelling, and sheer force."
—SF Site

"Chadbourn brings imagination to a rich tapestry he has already woven. . . . A very dynamic and visceral read with elements of nonlinearity and bendy timeline. Very enjoyable. . . . One of the best books in the series yet."
—SF Crowsnest

Praise for the Kingdom of the Serpent series:

"The first book in the remix of Mark Chadbourn's work offers a more gritty take on a war between good, evil and indifference. Think the spirit of V for Vendetta mixed with Neal Stephenson's historicism and infused by the spirit of Shakespeare's Puck: a featured character certain to invigorate future books."
—Edge

"…an author whose work has redefined the boundaries of dark fantasy. The colossal story has never been less than fascinating, and at times easily rivaled the most riveting, original work of the genre. …Breath-taking, beguiling and very British, I can recommend Destroyer of Worlds and the entire trilogy of trilogies, as books which any serious reader of dark fantasy should have in their collections."
—SF Site

A two-time winner of the British Fantasy Award, Mark Chadbourn is the critically-acclaimed author of eleven novels and one non-fiction book. A former journalist, he is now a screenwriter for BBC television drama. His other jobs have included running an independent record company, managing rock bands, working on a production line, and as an engineer's 'mate'. He lives in a forest in the English Midlands.

See also Jack of Ravens, Book 1 of the Kingdom of the Serpent series;

and Darkest Hour, Always Forever, and the novels in Chadbourn's Age of Misrule series;

and The Devil in Green, The Queen of Sinister, and The Hounds of Avalon, the novels in Chadbourn's Dark Age series;

and The Scar-Crow Men, the novels in Chadbourn's Swords of Albion series.