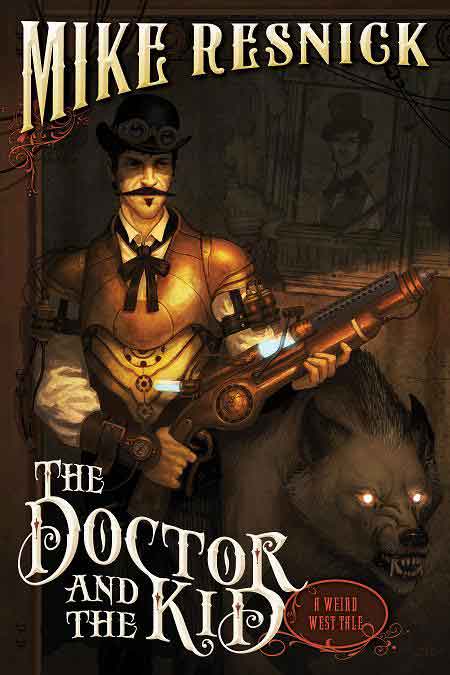 The Doctor and the Kid

The time is 1882. With the Gunfight at the O. K. Corral and the battle with the thing that used to be Johnny Ringo behind him (see The Buntline Special), the consumptive Doc Holliday makes his way to Deadwood, Colorado, with Kate Elder, where he plans to spend the rest of his brief life, finally moving into the luxurious facility that specializes in his disease.

But one night he gets a little too drunk—hardly a novelty for him—and loses everything he has at the gaming table. He realizes that he needs to replenish his bankroll, and quickly, so that he can live out his days in comfort under medical care. He considers his options and hits upon the one most likely to produce income in a hurry: he’ll use his skill as a shootist and turn bounty hunter.

The biggest reward is for the death of the young, twenty-year-old desperado known as Billy the Kid. It’s clear from the odds the Kid has faced and beaten, his miraculous escape from prison, and his friendship with the Indian tribes of New Mexico that he is Protected by some powerful magic. Doc enlists the aid of both magic (Geronimo) and science (Thomas Ed ison), and goes out after his quarry. He will hunt the Kid down, and either kill him and claim the reward or die in the process and at least end his own suffering.

But as he is soon to find out, nothing is as easy as it looks.

Praise for The Buntline Special:

"A fast, fun, and often amusing tale where Wild West meets steampunk. . . . Told in a spare style reminiscent of a tale told 'round the campfire, The Buntline Special has a mythic feel. It's a modern-day Tall Tale with the requisite larger-than-life characters."
—Miami Herald

"Brilliant. Scary, funny, often very moving. Left me wishing I could have shared a couple of whiskeys with Wyatt and Doc."
—Jack McDevit
Nebula Award–winning author of Echo

"With great relish Resnick subversively refurbishes this notorious collection of fact and embroidery. . . . A clever and refreshing do-over that leaves the door ajar for sequels."
—Kirkus Reviews

"When does a Western stop being a Western and start being something . . . else? Mike Resnick poses this question and others in his first foray into steampunk with The Buntline Special, a brilliant and humorously told tale about the Gunfight at the O. K. Corral. . . . This book is just plain fun. Resnick does an excellent job with keeping things original and fresh. . . . I loved this book. . . . I could easily go for seconds. Highly recommended!"
—Shiny Book Review